10 Celebs With Surprising Side Hustles 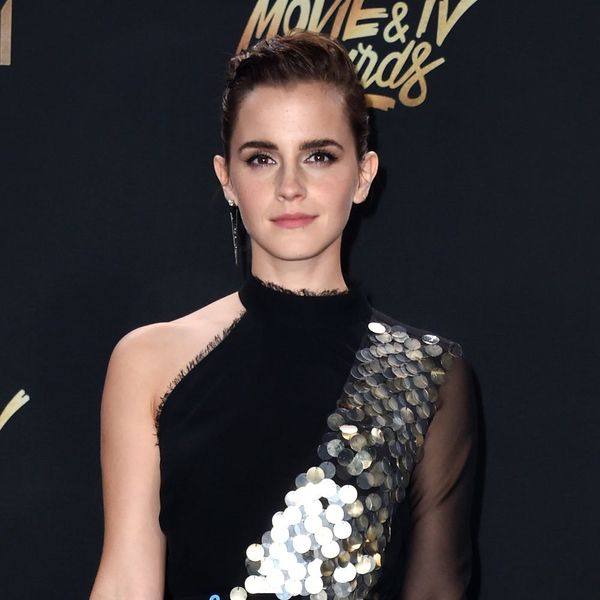 If there are two topics we’re totally into, it’s cool celebs doing interesting things and women pursuing side hustles. Maybe you’ve noticed? Either way, thankfully for our never-ending appetite for both, the two are not mutually exclusive! While you may think that anyone with a robust IMDb page has to spend all their time rotating between making movies and attending premieres, many celebs seriously get down with a side hustle. That’s right, you can find Grammy-winning musicians, respected actors, and high fashion models opening restaurants, starting design firms and creating beauty ranges (celebrities, they’re just like us!). We’ve rounded up 10 of our favorite examples to inspire your own entrepreneurial spirit.

Sure, she’ll always be Emily to you (RIP PLL), but did you know that Shay Mitchell also side hustles hard as a YouTuber? We’re talking over two million subscribers and over 100 videos uploaded to date. Mitchell definitely knows how to engage her viewers with her chatty Q&A’s, PPL hauls, fashion lookbooks, travel vlogs, and hair tutorials. It’s a creative outlet she obviously cares a lot about and we’re excited to see where she takes it now that PLL is wrapped. (Photo via Emma McIntyre/Getty)

Wondering how to nail that ’70s-rock-bohemian aesthetic in your new apartment without relying on wall tapestries circa 1997? We suggest calling on Lenny Kravitz, interior designer. Turns out, the “American Woman” rocker founded Kravitz Design in 2003 and has been working his creative magic out of a Manhattan office ever since. Kravitz has collaborated with the likes of CB2, Swarovski, and Rolex while designing penthouses for the SLS South Beach in Miami and luxury condos in Nolita. Not too shabby (and no shabby chic in sight either, might we add). (Photo via Sean Zanni/Getty)

For someone who seemingly always plays a hot, ass-kicking independent boss babe on screen, it feels like a bit of a departure that Jessica Alba owns an all-natural, ethically-minded household goods company, The Honest Co. But that’s the thing about side hustles — they give you the opportunity to fully explore all parts of your personality, going from comic book superheroes to non-toxic cleaning spray in a single day. TBH, we were already major fans of Alba’s incredible motivation, all with two kids and another on the way! (Photo via Honest Beauty)

Not content with simply owning our hearts as Hermione forever, Emma Watson has spent her post-Potter days as a feminist activist, acting as the UN Women Goodwill Ambassador and speaking out for global gender equality in education, career, and health. And if that wasn’t enough, Watson decided to start a feminist book club on Good Reads called Our Shared Shelf, where she and 200K+ group members read and discuss feminist literature. BRB, heading to the library now. (Photo via Alberto E. Rodriguez/Getty)

She may be the GOAT on the courts, but Venus Williams is also here to satisfy your smoothie cravings. The tennis champ owns four Jamba Juice franchises throughout the Washington DC metro area, saying she got on board because she supports the company’s commitment to a healthy lifestyle. She also uses her stores to host charity programs and fundraisers to engage the local community. We’ll take a banana berry, please! (Photo via Photo by Michael Dodge/Getty)

If there’s a more apt name for Barrymore’s beauty range than Flower, we don’t know what it is. The actor with the OG flower crown lewks currently runs a budding (sorry, had to) beauty brand full of punchy lipsticks and shimmery shadows. Barrymore will always be our number one rom-com gal, but this fresh, femme range of affordable beauty products is a totally acceptable side hustle in our eyes. (Photo by Alberto E. Rodriguez/Getty)

As a producer, actress, mom, and wife, busy Biel added restaurant owner to her to-do list in 2016 when she opened the kid-friendly LA spot, Au Fudge. Inspired by her friend group filled with moms with nowhere cool to go with their kiddos, Biel dreamed up a kid-friendly, chic, and healthy dining concept where kids can hang out in a “creative space” with au pairs and chicken nuggets while the adults dine (quietly) nearby. There’s no better side hustle than taking a problem and turning into a (successful) solution. (Photo via Mike Windle/Getty)

It may seem like a major oxymoron for one of the world’s top fashion models to start a cookie collab with one of the most decadent dessert shops in the game, but Karlie Kloss is nothing if not her own person. As one might expect from a true Midwesterner with a big heart, Kloss would bring in homemade baked goods for the crew of any photo shoot she was working on — this doubly sweet gesture landed her working side by side with Milk Bar’s Christina Tosi in 2012 to come up with Karlie’s Kookies. The supermodel also launched Kode with Klossy, a two-week summer camp designed to promote STEM in young women by helping girls ages 13-18 learn to code. (Photo via Photo by Pascal Le Segretain/Getty)

If you already think Paul Rudd is the sweetest actor on the planet, get ready for a toothache — the actor teamed up with Jeffrey Dean Morgan in 2015 to save a beloved local candy shop from closing its doors once its original owner passed away.

, located in Rhinebeck, NY, where the actors live with their wives, continues to thrive with open doors and dark chocolate, thanks to the group’s entrepreneurial spirit (and dedication to candy). (Photo via Photo by Paul Zimmerman/Getty)

We couldn’t not include the hustler of all side hustles, Kimmy K. In fact, when you think about it, it seems that her massive wealth and success comes solely from side hustles — commendable and cool, no? And back in the early aughts, before the Kardashians were The Kardashians, Kardashian West even managed a thriving eBay business, selling her used designer goods to those tabloid-socialite obsessed women across America. Since then, the mother of two and media mogul has started an emoji merch business, makeup line, app game, and kid’s clothing line. Not to mention Dash boutiques and that reality TV empire. We’re tired just writing about it. (Photo via Dia Dipasupil/Getty)
Megan Parry
Megan Parry is a lifestyle writer living in Philadelphia where she's making generous use of her library card, obsessively reading friends' natal charts, and learning how to differentiate between "dried apricot" and "juicy apricot" notes in wine.
The Art of the Side Hustle
Creativity
The Art of the Side Hustle The Art of the Side Hustle - New
More From Creativity