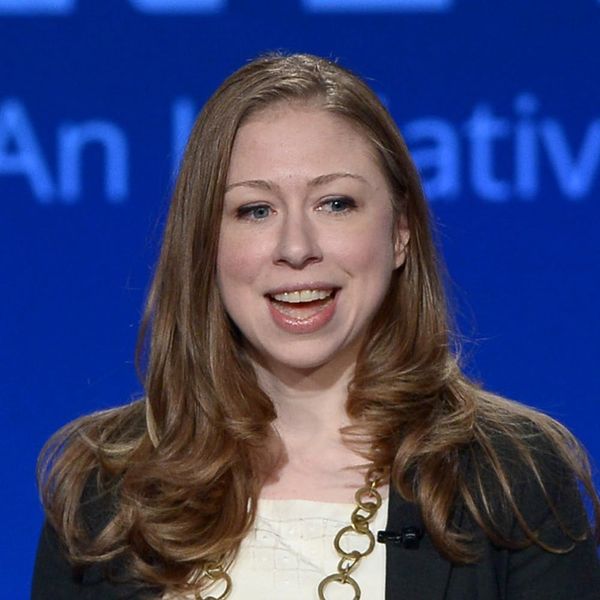 Tuesday night, a tweet started circulating that attributed a quote to former presidential candidate Hillary Clinton. The Twitter image, which was emblazoned with the campaign logo of 2016 Green Party presidential candidate Jill Stein, was shared by a user called “John Jr.” and included Clinton’s supposed words from a ’90s-era Seventeen magazine:

“Would I be extremely disappointed if she [Chelsea] chose to marry a black man? Yes. Would I stop loving her? No, absolutely not. – Seventeen Magazine, 1995,” reads the image, including the tweeter’s caption, “do not vote for a racist Jill2016.”

But, like so much else online, just because it’s there doesn’t mean it’s real, and former first daughter Chelsea Clinton reminded John of just that, expertly responding to the false information.

Hi John! This is…not true. I know that because 1) I know my mom and 2) I read Seventeen magazine in 1995. Did you? And, although you didn’t ask, I would have LOVED my mom to actually be interviewed by Seventeen!! https://t.co/gJsWzM9YWW

“Hi John,” the younger Clinton cheerily tweeted. “This is…not true. I know that because 1) I know my mom and 2) I read Seventeen magazine in 1995. Did you? And, although you didn’t ask, I would have LOVED my mom to actually be interviewed by Seventeen!!”

And in case anyone doesn’t believe the 37-year-old Clinton’s response, even the internet fact-checking website Snopes confirms the meme is fake. According to the myth-debunking website, a representative from Seventeen actually went through the archives and cannot find any trace of the former first lady gracing the pages of the mag in the ’90s at all.

Clinton’s clarification isn’t the first time she’s thoroughly debunked a myth online: In 2017, Clinton defended Barron Trump in a tweet after he was mercilessly made fun of online after President Trump’s inauguration. She came to the first son’s defense again in August after he was made fun of online for dressing like a kid and not “someone living in the White House.”

It's high time the media & everyone leave Barron Trump alone & let him have the private childhood he deserves https://t.co/Wxq51TvgDX

Kat Armstrong
Kat has been a writer, social media maven and mom for longer than she's willing to admit. She's also spent time in front of and behind the camera, interviewing celebs, politicians and acting as a producer for fashion and artistic photography shoots. When she isn't writing for various orgs and publications, she's hanging with her kids, husband and French Bulldog, Peter, in Toronto, Canada.
twitter
Current Events
twitter