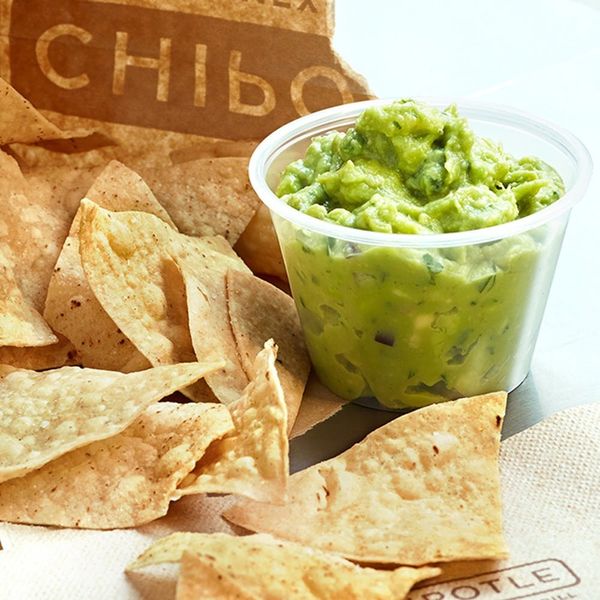 Holy moly guacamole, Chipotle has really been treating us extra special over the past few weeks. The #2 first date spot must be feeling really guilty about its carnitas-less menu as of late because not only is the Mexican Grill going the delivery route AND becoming GMO-free, but it just revealed a secret that you don’t need to charge extra to enjoy. Chipotle guacamole lovers rejoice, you can now whip up your own batch with the release of their actual recipe — just in time for Cinco de Mayo.

According to Chipotle, the recipe is pretty much what we expected — aka not complicated at all. By combining two avocados (which are useful in more ways than just for consumption, FYI), a little lime juice + cilantro, finely chopped red onion + jalapeño and a few dashes of kosher salt you’ll be ready to get your dip action on in no time.

Now we have even more of a reason to save the avocado from extinction :-X

Will you be prepping your own Chipotle guacamole for that burrito bowl? Let us know in the comments.