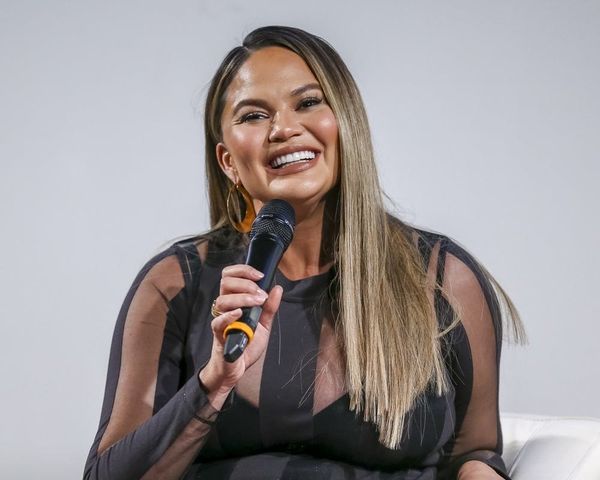 Chrissy Teigen can now count herself among the millions of fans who have fallen in love with Crazy Rich Asians — which, FYI, reportedly has a sequel in the works. After seeing it with her husband and daughter this weekend, the model and cookbook author took to Instagram to share her feelings about the film and why it means so much to her personally.

“I’ve been excited to see this since production was announced but I could have never imagined how wonderful it would be,” she captioned a series of pics and a video of little Luna dancing with John Legend during the credits. “I planned on seeing it, making a few jokes about how it checked all the boxes for me (CRAZY ✓ RICH ✓ ASIAN ✓) but the feeling I got during the credits, watching John dance with my little Black Asian mashup baby bear Luna tunes, was a feeling I haven’t had at the end of any other movies.”

Teigen then shared a sweet story about her daughter’s reaction to the film. “Luna, aside from being blown away by the general movie-going experience (yep, she’s 13 now, time flies) looked up at @constancewu’s mother and yelled ‘yāy!’ (‘Grandma’ in Thai) because she saw someone who looked like her yāy. Someone beautiful and aspirational.”

Teigen said that it made her heart “just…warm” to hear that in the middle of the movie. “It made me happy to see this over the top story done from so many angles, some I could totally understand because of my own confusing Asian American upbringing. I loved it all, from the quieter moments of talking around the table of sacrifice and past hardships to the spectacle of the bachelor party,” she wrote.

She also said that she cried “watching the most over the top aisle walk on the planet,” which she’s sure other brides and grooms will try to replicate. As she later joked on Twitter, “So many people are going to try to recreate the aisle walk and it’s going to go terribly wrong and I cannot wait for the videos.”

What was your favorite thing about Crazy Rich Asians? Tweet us @BritandCo!