We Asked 5 Comediennes to Solve Your Most Annoying Dating Dilemmas 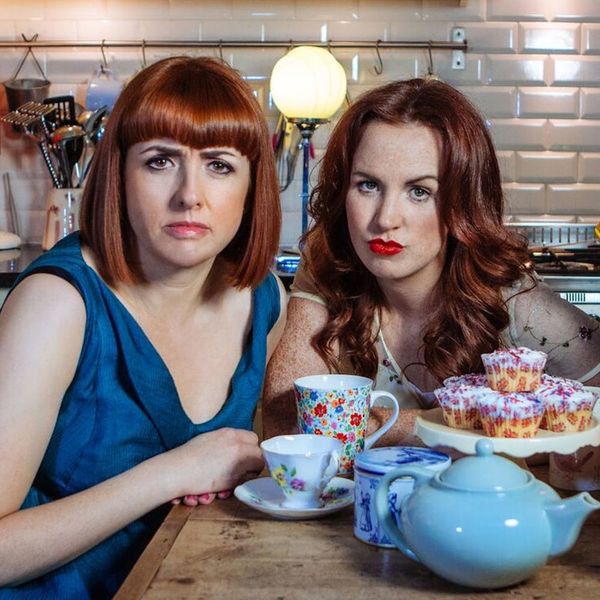 More often than not, the topic of modern dating is met with a heavy sigh, followed by a rant. Tinder, Bumble, OK Cupid, blind dates… it’s a frustrating and confusing world we singletons live in. And it’s one that can really only be faced with a good sense of humor. While at the Edinburgh Fringe Festival in Scotland (the biggest arts and comedy festival in the world!), we had the pleasure of meeting some of the funniest gals in the biz. We picked their brain about the ever-changing world of dating and asked them how they would respond to the 2016 dating dilemmas we deal with on the daily. Here’s what they had to say.

Dating Dilemma #1: You’ve been seeing someone for awhile, and then out of nowhere you get straight up ghosted.

ERIN: My method is the scorch the Earth. It’s happened to me and I kind of just kept messaging him and ended up having a conversation with myself.

CALLY: I would probably stage an implicit social media campaign about how great I am and how cool my life is.

DESIREE: I’d take a dump in his shoe. OR I’d get a really attractive friend of mine to go on a date with him and then take a poop in his shoe.

Dating Dilemma #2: You’re on a first date and he’s on his phone the WHOLE time.

KATIE: Get Tinder up. Two can play that game.

ERIN: Bail and move on to someone else… in the same room.

DESIREE: Call him and say something like, “Hey, so there is a really attractive woman sitting across from you. She’s about to start eyeing a different guy at the bar so you better get back to that.”

Dating Dilemma #3: You finally get introduced to your boo’s friends and, OMG, you can’t stand them.

KATIE: I’d make him hang out with my friends a bunch to show him what good friends look like.

CATHERINE: Give them a few chances and then avoid them. I wouldn’t say anything.

CALLY: I’d have a look at myself and ask why I don’t like them. Am I threatened by them or is it because they haven’t taken me into the fold yet?

Dating Dilemma #4: You meet up with a dating app match IRL and they look nothing like their photos. Do you say anything?

KATIE: To be honest, I take all Tinder pics with a grain of salt anyway. Everyone wants to look like their Tinder picture but in reality everyone looks like their passport picture.

CATHERINE: I’m an inappropriate giggler. I think I’d just laugh the moment I saw them.

CALLY: On my very first online date I ever went on the guy was about 10 years older and 12 inches shorter than his picture would have me believe. He never said anything about it but he did make a point to tell me his Lamborghini was parked outside…

Dating Dilemma #5: Every time you text your new love interest, they take two hours to text you back.

DESIREE: What the F is that?! What are you doing for that amount of time? Are you crafting the perfect text or are you making me wait? Nobody has time for that.

ERIN: You have to set up a texting style first thing. Establish that really early on otherwise I’d assume they’re not interested and lose interest.

CATHERINE: BYE. Everyone can read a clock.

What’s the biggest dating problem you deal with on the daily? Share with us on Twitter @BritandCo.