7 Dating Mistakes Celebrities Made So You Don’t Have To 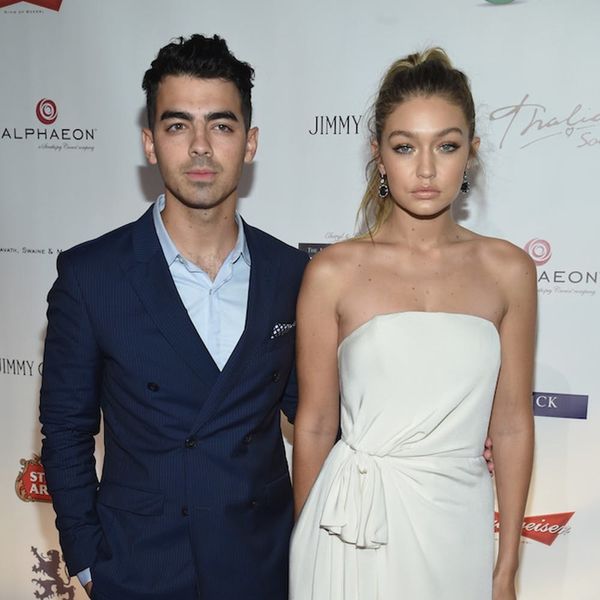 The wild world of dating — IRL and of course online — can only become more complicated if you’re a celebrity. While it’s hard to imagine their lives generally, it’s even harder to imagine what they have to go through with their relationships in the spotlight — some are so fiercely private that they won’t even publicly announce themselves (remember the early days of Jay and Bey?!). Here are a few ways to avoid the pitfalls of your favorite celebs when it comes to dating — it’s easy to learn from their (very public) mistakes.

1. Make your relationship about YOU. Heidi Klum and Seal — everyone totally thought this one was forever. But it’s been rumored that Seal thought Heidi’s instance on renewing their vows every year in a big public spectacle was a bit too much. They’ve both admitted in later interviews that they put on a show for the media, hiding deeper personal problems they were having in their marriage. It looks like three years later, they’ve both moved on and are co-parenting their four children well together. (Christopher Polk/Getty)

2. Don’t make your identity only about your S.O. Selena Gomez and Justin Bieber might be one of the greatest millennial relationships ever, and the Biebs sagely said in an interview once that both of their identities were wrapped up in each other; that because of their young age (they’re now only 24 and 22!) they defined themselves by their first and only relationship. “We would fight so hard because we were so invested in each other,” said Bieber to Hollywood Life. Time heals all wounds, and they both seem to be doing better without the weight of this relationship on their shoulders (and Bieber with a new haircut). (Jason Merritt/Getty)

3. Don’t let others get in the middle of your business. Zayn Malik of One Direction and Perrie Edwards of Little Minx were Britain’s Justin and Selena and had the world captivated by their drama of whether or not Zayn left 1D because of Perrie; next, the drama was all about whether or not he ended their engagement via text message. (He claims he would never do such a thing). Whatever the truth, the pair’s high profile didn’t help things, and the relationship crumbled even further thanks to the rumor mill. Bottom line: Keep your little and big dramas to yourselves, as bringing in outsiders, whether the media or just friends, might make things even worse.

4. Don’t rush into things! Okay, it sounds like this is something your mother would say, but it’s true: Ruby Rose, one of our favorite OTNB stars, got engaged after only three months, and her relationship with Phoebe Dahl came to a crashing halt not even two years later. The good news is, both gals had really nice things to say about each other on Twitter post-break up, so if you’re going out, go out in style. (Image by Imeh Akpanudosen/Getty)

5. Don’t make your schedule too busy that you don’t have time for each other. The plague of too many commitments, not enough time really got to Gigi Hadid and Joe Jonas, who both chose to end their relationship due to scheduling conflicts. The old adage is true: If someone really cares for you, they’ll find a way to make time. (Image via Dimitrios Kambouris/Getty)

6. Don’t keep friends and family hanging in the balance! Specifically talking to Miley and Liam here, whose rollercoaster of a relationship started in 2009 and most recently might include a possible rekindling. So we’re not technically their friends or family, but if you’re seeing someone again, make sure to tell the right people at the right time — you never want your nearest and dearest to be hurt or confused or turned off by your rekindled romance. It might be a delicate situation, so take the time needed to make sure that the shoulders you’ve cried on have time to process this new chapter. (Image via Frazer Harrison/Getty)

Fashion week is over. Now it's time for my onesie, homemade chicken soup and giant German Shepard kisses💋🐶 #homesweethome #rhodeisland

7. Don’t dive in without knowing someone’s values. This is a tough one, because when it came to the short-lived relationship between former Miss USA Olivia Culpo and NFL hottie Tim Tebow, we totally admire both of them sticking to their guns and speaking up about what was important to them in a relationship, despite their values being wildly different. However, it got the public all excited about a possible union between two gorgeous people. Going into it, try to ask all the right questions to make sure that you and your potential new bae are aligned on key issues. It looks like Olivia hasn’t had any trouble moving on to a new love, ha!

Any other celebrity relationship hazards you’ve seen, Tweet us @BritandCo!