Could Your La Croix Habit Be Harming Your Health? 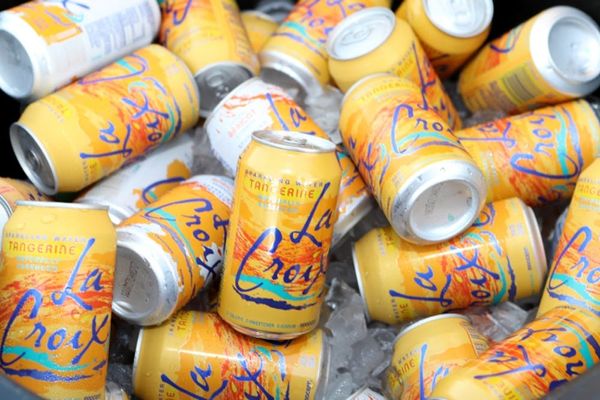 You know that internal shock that happens when you gulp a drink, and it’s not what you expected? That’s what happened the first time I sipped coconut LaCroix (bad flavor choice for the uninitiated, unless you like watered-down sunscreen with bubbles). Foolishly, I hoped for a guilt-free sibling of soda, but instead, I found LaCroix to be more like a distant cousin, its brutal, unsweetened carbonation bubbling down my throat.

Fast forward five years later, and, like the majority of my millennial cohorts, I don’t know how to quit it. If I had a nickel for every empty LaCroix can adorning my apartment, I’d probably have enough for a month’s rent (before utilities, don’t worry). Other than the obvious hit to my wallet, there can’t be too much wrong with indulging in the occasional bubbly water (or the entire contents of a 12-pack). Or can there?

The good news is, drinking LaCroix is drinking something. Bubbly or not, water is water, and it’ll hydrate. Registered dietitian Erin Palinski tells Glamour that LaCroix indeed counts toward your eight recommended daily glasses of water. “Sparkling water contains no calories/sugar and is caffeine-free, making it a great way to hydrate,” she says.

But LaCroix-drinkers like me aren’t quite off the hook yet. Though sparkling water is safer than, say, sugary soda (which presents risks for heart disease, gout, and diabetes) and sugar-free, chemical-ridden “diet” alternatives (potentially corruptive to the brain), it’s not as good as plain, still water. The problem with LaCroix and its flavored, bubbly counterparts, according to experts, is its potential to wreak havoc on your teeth.

Like any other bubbling beverage, LaCroix contains small amounts of carbonic acid, which is known to damage tooth enamel, the protective substance that keeps teeth from decaying. So in theory, heavy LaCroix consumption could contribute to cavities. However, most seltzer waters are less acidic than soft drinks, Olga Khazan writes in the Atlantic, and Vice reported last year that the change in pH levels from carbonation in naturally carbonated waters like LaCroix is not enough to be significant.

The flavorings can reduce seltzer’s pH further, though, making them more acidic and consequently harder on teeth. “One 2007 study in which researchers exposed human teeth to flavored sparkling waters for 30 minutes found the waters to be roughly as corrosive as orange juice,” writes Khazan.

Beyond the potential to damage enamel, does consuming carbonated water pose any other risks? Rumors frequently circulate about its ability to harm our bones. One popular theory is that the phosphate used to flavor drinks like LaCroix interferes with the absorption of calcium, putting drinkers at risk for calcium loss in bones. Fortunately, according to Harvard Medical School, there is no real evidence that consuming high-acid beverages such as sparkling water directly affects bone density or bone metabolism.

However, heavy consumption of carbonated drinks — particularly colas — is associated with both low bone density and fractures in adolescent girls. When Tufts University investigated the same possibility in adults, assessing diet and bone mineral density (BMD) at the spine and hip, it found that high cola intake may be connected to low BMD in women’s hips, but not spines. There is currently no study proving that sparkling water contributes to osteoporosis or fracture risks in adults.

In the end, LaCroix is not a perfect drink — but it’s better than sugary alternatives, which pose more tangible risks. So what’s the key to healthy consumption? Everything in moderation, and that includes the calorie-free, bad-chemical-free nectar of the gods called LaCroix.

I will be honest: My game plan does not involve quitting. But I’m thinking my dentist (note to self: Go more than every five years) and my pocket book will thank me for passing over the beautiful, pastel shrine of sparkling water at Whole Foods in favor of some old-fashioned tap water. (Good thing I still remember where to find it.)

Are you a fan of LaCroix? Tell us @BritandCo.

Ashley Abramson
Ashley Abramson is a writer/mom hybrid from Minneapolis, MN. Find her online at ashleyabramson.com or on Twitter @ashleyabrmsn.
Health
More From Health