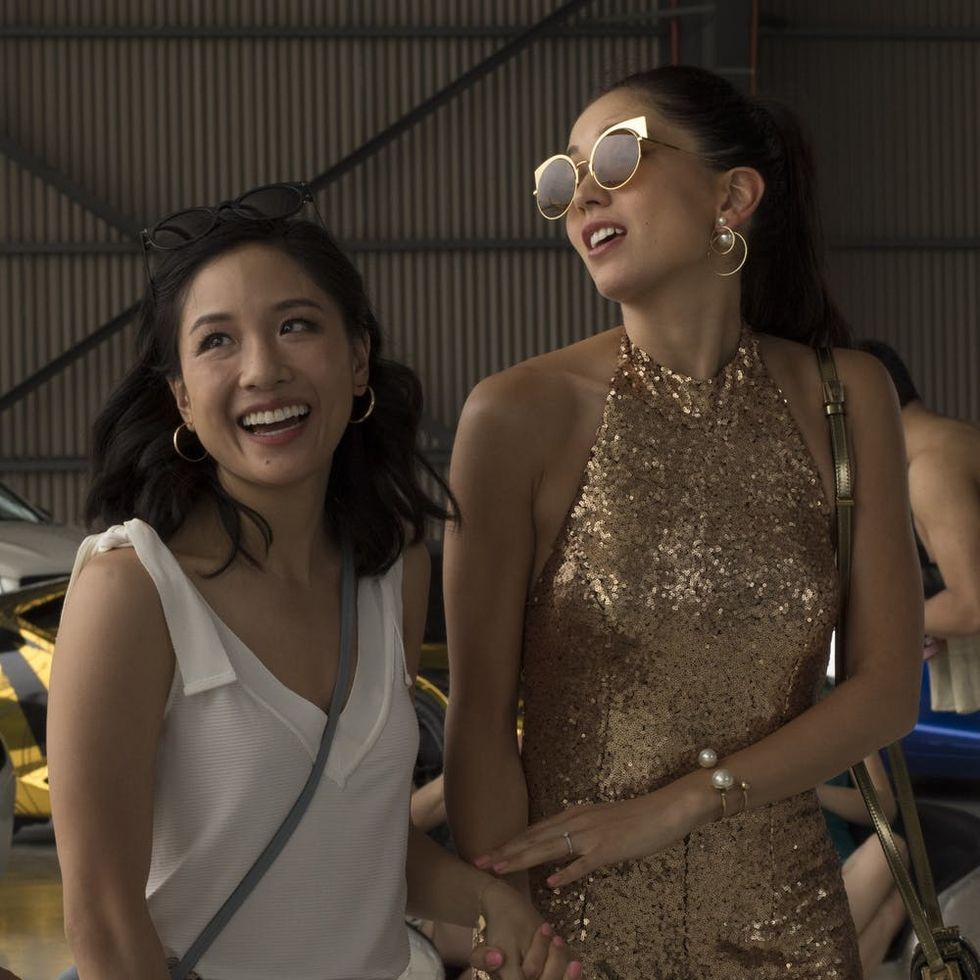 The first trailer for the much-anticipated Crazy Rich Asians movie just dropped online — and it definitely lives up to its crazy-rich title.

The film, which is based on Kevin Kwan’s best-selling novel of the same name, follows Rachel Chu (Constance Wu) as she falls for hunky Nick Young (Henry Golding), who just happens to be “the Prince William of Asia.” (He sees himself as “much more of a Harry,” though.)

Rachel is understandably daunted by her boyfriend’s lavish lifestyle, and she quickly finds out that his mother (Michelle Yeoh) is not her biggest fan. Mrs. Young even goes so far as to say that Rachel will never be enough for Nick.

Nick’s mother does everything in her power to break up the couple as they attend a friend’s wedding (which turns out to be the biggest social event of the season for Singapore’s elite). So Rachel looks to her college friend/Singapore society in-girl Goh Peik Lin (Awkwafina) to help her stand up to her potential future mother-in-law — all while deciding if a life with Nick is what she truly wants.

Crazy Rich Asians, which also features Gemma Chan, Jimmy O. Yang, and Sonoya Mizuno, is a Hollywood rarity, in that it’s a big-budget film with an all-Asian cast. In an interview with Vanity Fair, Yang brought up the fact that this is one of the first projects he’s done where he wasn’t the only Asian actor on set. “It’s the first time where I think a lot of us felt like we get to be who we are and do what we do best. Instead of being the best Asian,” he said.

Are you excited for Crazy Rich Asians? Let us know @BritandCo!