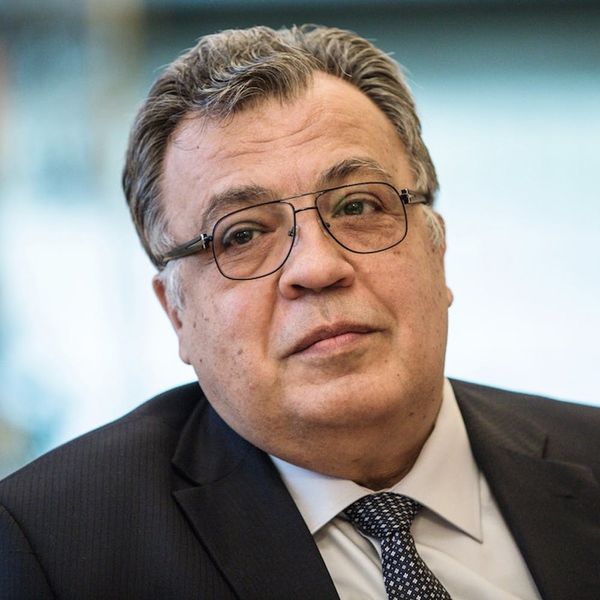 Over the course of a day, multiple attacks have caused despair in Berlin, Turkey and Russia. If you’re looking for a place to get the 411 on what’s going down, where and why, you’ve come to the right place. Here’s a brief explainer on the assassination of Russian Andrey Karlov, the attack in Berlin and why “WWIII” is currently trending on Twitter.

What happened? A disturbing video was released this morning graphically depicting the assassination of Andrey Karlov, Russia’s ambassador to Turkey. Karlov was a few minutes into a speech at the opening of a photography exhibit in Ankara when a gunman opened fire, shooting him several times in the back. He has since died from gunshot wounds.

Who is the gunman? The shooter is thought to be Mevlut Mert Altintas, a 22-year-old Turkish riot squad police officer who was off duty when he carried out the attack. Altintas was heard shouting a few things while carrying out the attack. According to multiple reports, he fired in the air multiple times and then aimed his handgun at Karlov, saying, “I’m not going to get out of here alive. And neither are you.” He is also claimed to have said, “We die in Aleppo, you die here. In a slightly confusing addition, Altintas also shouted “Allahu Akbar,” which has become a sort of unofficial anthem for ISIS members carrying out terrorist attacks. It remains unclear whether this was in protest of Russia’s position in the Syrian war or an ISIS attack.

What is the connection between Turkey,Russia and Syria? That’s a complicated one to answer, but in short, Russia and Turkey have taken opposing stances in the Syrian War, which has caused tension between the two countries. Russia has backed the Syrian government and Bashar al-Assad while Turkey backs the rebels. Additionally, Turkey shot down a Russian war plane in December of last year. It is thought that the attack was meant to spoil ties between the two countries who have improved relations as of late.

What happened? Similar to the attacks that occurred in Nice, France in July, a truck driver drove off the road and into a Christmas market late on Monday night in a touristy city square in central Berlin.The attack has killed nine people so far and has injured about 50 others.

Who was the driver? Currently, the driver’s identity has not been revealed. A suspect who is thought to be the driver was apprehended by the police. A passenger was also in the cab of the truck but that person was found dead.

Was this an ISIS attack? This attack is currently thought to be an act of terrorism. However, ISIS has not yet claimed responsibility. This story is very much still developing.

Why is “WWIII” trending?

Ferdinand was an archduke who belonged to the Austria-Hungary empire, and who was shot by a Serbian nationalist. Austria-Hungary blamed the Serbian government and declared war. The declaration, in turn, pitted Serbia and its allies (Russia, France and Great Britain) against Austria-Hungary and Germany.

The idea that Karlov’s assassination will spark a war between Turkey and Russia is relatively unlikely in this scenario, though. The two presidents have spoken on the phone and agreed that the attack was an act of provocation by those looking to harm relations the two countries. Putin made a statement saying, “There can only be one response — stepping up the fight against terrorism.”