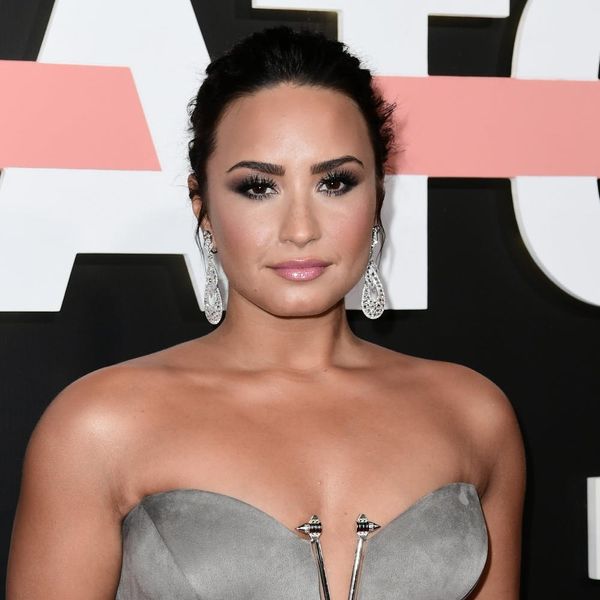 Demi Lovato has been anything but private over the last few years. Since taking a break from the industry to deal with her mental health, drug and alcohol addictions, and an eating disorder in 2013, the “Sorry (Not Sorry)” singer has given zero effs when it has come to what people might think about her. In her new documentary, Simply Complicated, the star talks about all of it and more, which is why she felt compelled to share a shocking side-by-side before and after photo of her recovery from an eating disorder to send fans the powerful message that “recovery is possible” from eating disorders.

Sharing a pic from the height of her eating disorder and a snap from now, the difference of a few years is jaw-dropping, but that doesn’t mean that Lovato wants to keep her recovery secret. In fact, she wants the opposite.

Talking with Teen Vogue about the release of Simply Complicated, she said, “it was really hard to talk about on camera. But I knew that if I was honest, it would help somebody understand. Sometimes I’m not perfect with my recovery and my eating issues, but I keep fighting. And I want people to see that.”

While it’s important to remember that eating disorders and addiction look different for everyone, what’s hopeful in both the documentary and Lovato’s continued commitment to being honest with fans is that it is possible to get better, and win in a battle over your personal demons.

“You can learn to love yourself,” Lovato told Teen Vogue about what she thinks her doc’s takeaway is. “Fall in love with yourself… before you fall in love with other people. So it’s possible to become an independent, strong [person] on your own.”

Have you ever supported someone through an eating disorder? Tell us how you helped @BritandCo!

Kat Armstrong
Kat has been a writer, social media maven and mom for longer than she's willing to admit. She's also spent time in front of and behind the camera, interviewing celebs, politicians and acting as a producer for fashion and artistic photography shoots. When she isn't writing for various orgs and publications, she's hanging with her kids, husband and French Bulldog, Peter, in Toronto, Canada.
Celebrity
Empowerment
Celebrity