Did the New Game of Thrones Book Just Get a Secret Release Date? 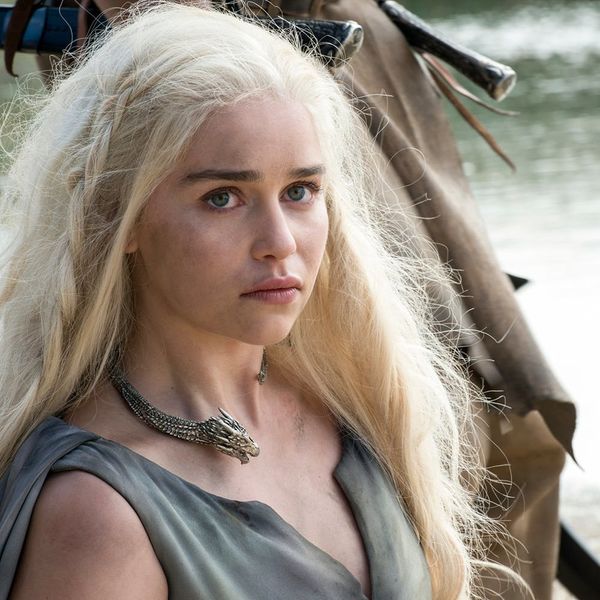 As we (not-so) patiently await the premiere of Game of Thrones‘s seventh season (which won’t be out until mid-2017!), we’re devouring even the tiniest bits of news on the subject: So far, we know there will only be seven episodes instead of 10 (BOO!), that Khal Drogo might return (YAS!) and, thanks to Kit Harrington sharing a serious spoiler, that this is going to be the darkest season yet. Now, we have some potentially very exciting news about the release of the next long-awaited GoTbook, thanks to Amazon France.

Although George R.R. Martin didn’t make an official announcement on his end (the guy sure does know how to build anticipation!), Amazon France went ahead and listed Song of Ice & Fire 6 – Winds of Winter on its site, along with a March 9, 2017 release date. That’s exactly six months from now and, considering the fact that we’ve been waiting for five years thus far, that’s practically tomorrow. *happy dance*

Oh my god I just heard Winds of Winter might be out in March 2017. Pls George RR Martin. pic.twitter.com/Ju2mQmbG5L

Despite the exciting news, however, fans were weary about getting too worked up by the idea that the book might see the light of day so soon after George missed the book’s January due date. While some, like Lily Melrose, crossed all of her fingers and prayed, others, like Austin Gilkeson, shared some more sobering tweets. “I’ll believe THE WINDS OF WINTER is finished when I read it,” he wrote.

I'll believed THE WINDS OF WINTER is finished when I read it.

Since the “leak,” Amazon France has removed the release date, but not the listing, and the book’s publishers have clarified that nothing has been finalized. US publisher Random House told EW! that “any on-sale dates currently listed online for the novel are incorrect. Once we have a publication date for The Winds of Winter, the world will know.” (Which, in George R.R. Martin speak, means we could easily be waiting five more years. Or 10. Or, you know, for eternity).

We, for one, are remaining hopeful that the leak, faux or not, says SOMETHING about the imminence of the novel’s release.

You either die a hero or you live long enough to see George R. R. Martin release the next Game of Thrones book.

After all, as Steve Dutzy summed it up best,”You either die a hero or you live long enough to see George R.R. Martin release the next Game of Thrones book.”

Do you think the Amazon France leak holds any weight? Tweet us over @BritandCo.

Barbara Pavone
Barbara Pavone is a pop culture-obsessed writer based in beautiful (but ridiculously cold) Montreal, Canada. When she's not working, she's sipping on a Pimm's Cup and daydreaming about her celebrity hero, Saint West.
Books
Pop Culture
Books Game of Thrones