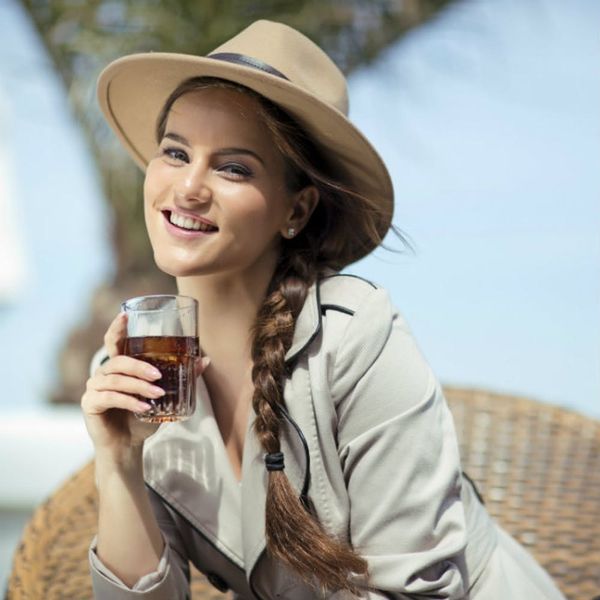 Sometimes it feels like staying healthy is a full-time job. Whether you’re reading labels to steer clear of the scary ingredients hiding in your food, dry brushing to detox or finding new summer activities to get your heart rate up, there’s always something new to avoid, try or amplify to live your best life. But wait, there’s more. While we already know that using artificial sweeteners in your drinks while pregnant can cause your baby to have an above-average body mass index (BMI), a new study says that drinking diet soft drinks can actually cause you to eat more — basically sabotaging any cals you thought you might be cutting by not sipping on that real sugar.

The study, published in the journal Cell Metabolism and conducted by researchers at the University of Sydney and the Garvan Institute of Medical Research, found that both fruit flies and mice ate A LOT more after prolonged exposure to the artificial sweetener sucralose. In fact, the animals consumed up to a whopping 30 percent more calories than when they were given only naturally sweetened food.

This is the first study to ever draw a connection between artificial sweetener and a stimulated appetite. Which is really important, since artificial sweeteners are often prescribed to combat obesity, even though this study shows they may make it even harder to lose weight. The researchers also discovered an entire neurological network that tells an animal it doesn’t have enough energy in response to consuming fake sugar. Yikes!

Lead researcher Greg Neely says, “We found that inside the brain’s reward centers, sweet sensation is integrated with energy content. When sweetness versus energy is out of balance for a period of time, the brain recalibrates and increases total calories consumed.” The fake sugar also heightens the sweetness of natural sugar found in fruits and veggies, so that even when the animals were getting enough calories, the presence of sucralose told them they hadn’t consumed enough energy (calories).

The team also found that chronic artificial sugar consumption led to insomnia, hyperactivity and decreased sleep quality — three symptoms of mild starvation! Of course, for so many of us, a Diet Coke or a handful of sugar-free candy is a (seemingly) guiltless mid-afternoon treat, but those sucralose-infused eats could just be making you pile up on the pasta later in the night.

Will you switch to sugar after reading this study? Tweet us @BritandCo and let us know!