13 Scary Ingredients Hiding in Your Food 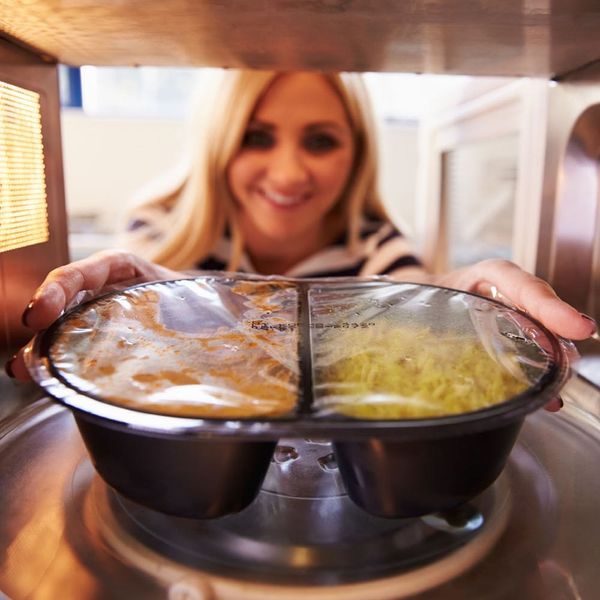 Despite the hype, we made it through Friday the 13th, and we didn’t give into the debilitating fear of that day — aka paraskevidekatriaphobia. (Try saying that three times fast!) While we’re not buying into the superstition, we will share 13 ingredients that are even spookier than any bad juju. Scroll on to discover what unsavory ingredients might be hiding in your food.

1. High Fructose Corn Syrup: Food manufacturers have relied on this cheap sugar alternative for decades, and it’s time we gave it the boot. Fructose is a less stable molecule than glucose, lending itself to faster oxidation. What does that mean for you? Inflammation, the root of many chronic diseases. Any excess sugar can be detrimental to your health, but we suggest writing this one off as a hazardous material.

2. (Partially) Hydrogenated Oils: As the primary source of trans fat, these oils are the ultimate antagonist to heart health. By raising LDL (bad) cholesterol and lowering HDL (good), they are twice as difficult for your body to dissolve as saturated fat. Studies have linked trans fats to heart disease and diabetes, among other ailments. Be warned: Products with less than 0.5 grams of trans fat can be labeled as “trans fat free,” so check your labels to avoid them altogether.

3. MSG: This sneaky shapeshifter goes by many different names — monosodium glutamate, sodium caseinate, maltodextrin, to name a few — but its neurotoxic effects remain the same. MSG can cause chemically-induced obesity, metabolic syndrome and diabetes. Though best known for its prevalence in Chinese takeout, MSG is lurking in many processed foods (including some varieties of sunflower seeds!).

4. BHA (Butylated Hydroxyanisole) and BHT (Butylated Hydroxytoluene): Though they’ve been labeled carcinogenic by the Department of Health, these preservatives are still allowed in food. If cancer weren’t enough of a deterrent, they’ve also been associated with hair loss, liver and kidney damage and fetal abnormalities. Stay away!

5. Sodium Nitrates and Nitrites: Breaking hearts across the nation, the World Health Organization recently warned that deli meats and bacon can cause cancer. The problem is not the meat itself, but lethal additives that mix with stomach acid to form cancer-causing cells called nitrosamines. Choose preservative-free deli meats and bacon whenever possible.

6. Sodium Benzoate: To be fair, this naturally-occurring preservative is generally only problematic for people with a specific sensitivity. But when added to products that also contain vitamin C (in the form of ascorbic acid), it produces benzene, which has been shown to cause — you guessed it — certain cancers.

7. Food Coloring: With all due respect to Skittles, “tasting the rainbow” should never involve artificial coloring agents. Many synthetic dyes have already been banned from use in the US, but those still in use can cause everything from ADD to thyroid tumors. Read labels carefully and you’ll find them in pet food, baked goods, candy, sausages — the whole gamut. Instead, keep your plate colorful with a spectrum of fruits and veggies.

8. Soybean Oil: Twenty years ago, only 7 percent of soybeans were genetically modified. Today, it’s nearly 50 percent! In addition to an environmental risk, there’s growing evidence that genetically modified soybeans pose health risks. Food companies are not currently required to disclose which ingredients are GMOs, so save yourself the headache and avoid soybean oil in general.

10. Enriched Flour: Sounds gourmet, right? Actually, enriched means that synthetic nutrients have been added back to a product because it was so highly processed that it lost any natural nutrients (like folate in wheat, for example). Even worse, the “enrichment” process is highly toxic. Consider “enriched” a big red flag for highly processed food — and run, don’t walk, the other way.

11. Polysorbate 60: Used as an emulsifier in hundreds of processed foods, this combination of corn, palm oil and petroleum forms a mixture that can never spoil… ever. (Shudder.) It’s commonly used as a replacement for dairy in baked goods with suspiciously long shelf lives. Avoid it for your own good — aren’t homemade cookies so much better anyway?

12. Olestra: In the late ’90s, Americans went wild for a line of fat-free potato chips released by an — ahem — very famous chip company. How did they pull it off? A fat substitute known as Olestra. Its popularity soon tanked due to a slew of undesirable side-effects (largely of the gastrointestinal variety). This prompted the FDA to mandate a warning on the label of any Olestra-containing product. Not worth it.

13. BVO (Brominated Vegetable Oil): Banned as an additive in Europe and Japan, BVO is still allowed in the US. It’s lurking in a frightening number of processed foods, especially sodas and energy drinks. BVO contains bromine (also found in flame retardants), which builds up in the body and leads to memory loss and skin problems. Check your labels to steer clear of BVO-containing beverages — and while you’re at it, kick the soda habit altogether.

Bonus: PCBs: We’re giving you one more for good luck. You may not find “PCBs” written on a food label, but that does not mean they aren’t there! PCBs are common in inks, adhesives, paints and plasticizers. If your food is exposed to PCBs and then consumed, the toxins can be harbored in human body fat for up to 15 years. Toxicity results from PCBs’ interaction with other chemicals in the body and can lead to skin rashes and thyroid disorders, among other conditions. Please note that farmed fish feed often contains PCBs, so be sure to seek out farms with sustainable practices.

How do you keep track of your foods? Tweet us @BritandCo and let us know!

Jillian Tuchman
Jillian is ALOHA’s in-house nutritionist/dietitian. Her passion for nutrition stems from experiencing its healing power first hand: after years of personal debilitating symptoms and illness, she regained her health after changing what she was eating. As a Registered Dietitian, with a Master’s degree in Nutrition from New York University, she’s schooled in evidence-based medicine and possesses a strong understanding of nutritional science. Jillian has also studied and cultivated an extensive knowledge base of various complementary therapeutic modalities, including Mindfulness, Guided Imagery, Reiki, and Meditation.
Healthy Living
Health
Healthy Living