This Filmmaker Reveals What Movies You Should Watch Next 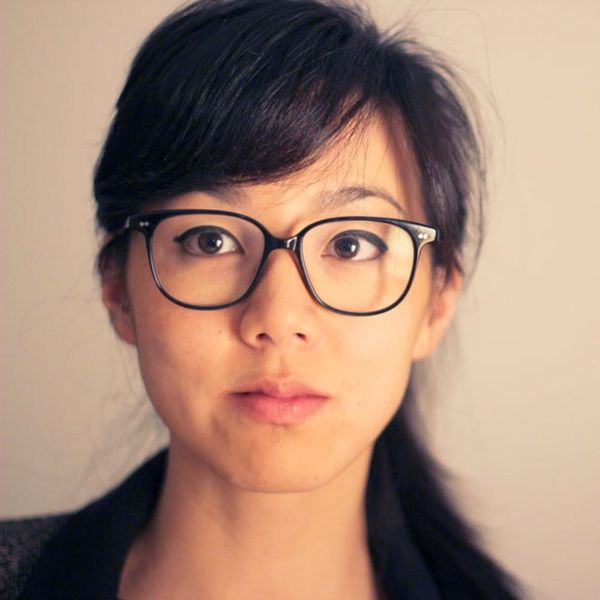 In our Make It Happen series, we’ve been chatting with some of the best and the brightest #girlbosses, like YouTube musical star Kina Grannis and the OG #Girlboss herself, Sophia Amorosu. This week, we’re meeting Nina Tandon, the brilliant CEO and founder of Epibone, a company that is growing human bones for people with skeletal injuries or defects — seriously! To capture Nina’s amazing story, we turned to Elizabeth Lo, a creative nonfiction filmmaker whose work has traveled the world for film festivals and premieres. Elizabeth’s passion is exploring and pushing boundaries, and this drive is evident in her film work.

Elizabeth directed Nina Tandon’s episode of Make It Happen, and we caught up with her to find out what it was like to hang with this powerful leader. Elizabeth told us told us, “The thing that struck me most about Nina Tandon was her humility and her lack of pretense, despite having achieved so much in her field and in life. She was disarmingly down-to-earth, but also had the capacity to think and dream about life forms in a way that was totally unique and highly ethical.”

Far from the distant scientist that you might expect to find in a lab, Elizabeth revealed, “[Nina] was unafraid to show her passion, but also her vulnerabilities. It felt as though she never chose to harden herself or suppress her femininity, despite being in what some might call a male-dominant field. I am in awe of this kind of bravery that permeates her whole being and how she carries herself. She has the ability to doubt herself when needed, yet be utterly confident in her convictions — an amazing combination that I think is hard to find in most leaders, especially men.” We also chatted with Elizabeth about her advice for future filmmakers. Scroll on for some must-read tips and be sure to check out our newest episode of Make It Happen!

B+C: How do you power through creativity blocks? Do you have any tips or tricks for our readers?

EL: When I feel stuck, I show my terrible works-in-progress to friends and filmmakers that I trust.​ Their harsh, honest feedback gives me ideas for how to move forward. That moment of feeling like you might have a solution is always invigorating. Even if it’s not the right one, going through it helps you eventually land on your feet. Time and hard work are the only way. I don’t think there are any tricks, unfortunately.

EL: ​Do your own thing, and if you’re lucky, then hopefully you’ll eventually get paid to do it. ​

B+C: What affordable apps and equipment do you recommend to aspiring filmmakers?

EL: I don’t really use many apps for filmmaking. Lately ​I’ve been trying to streamline my equipment as much as possible… no lights, not even a tripod. I’ve started experimenting with using a monopod with sturdy feet (from Siruis) instead to be more nimble while shooting in small spaces.

B+C: How has technology changed the way you do your job?

EL: ​Things are getting smaller and cheaper and better all the time. It can feel overwhelming, because it seems like every few months, one camera is cannibalizing the next, but it’s an exciting time to be a documentarian.

B+C: What are three films our readers should check out?

​Advantageous by Jennifer Phang: This is the most poignant, minimalistic and politically-just sci-fi movie I’ve seen. It won at Sundance and is now on Netflix. ​Everyone should see this if they crave something different than the infuriating chauvinism and racism of typical Hollywood fare.

Ma by Celia Rowlson-Hall: This is an amazing masterpiece of cinema made entirely without dialogue, a narrative driven purely through emotion, choreography and body language. It communicates so much without relying on a single word. It feels like it’s one of those rare films that touches cinema’s potential. I’ve never seen anything like it.

Those Who Feel the Fire Burning by Morgan Knibbe: This is a documentary whose cinematography embodies the perspective of an imagined ghost of a drowned refugee. Its wandering eye distantly glimpses into the lives of immigrants and refugees in a hellish Europe. You never feel close to anybody, but it’s beautiful and brave.

What’s the best movie you’ve seen this year? Let us know in the comments below!

Angela Velez
Angela is an MFA Fiction candidate at the University of Pittsburgh. You can find her reading obsessively, wandering bookstores and watching melodramatic television.
Pop Culture