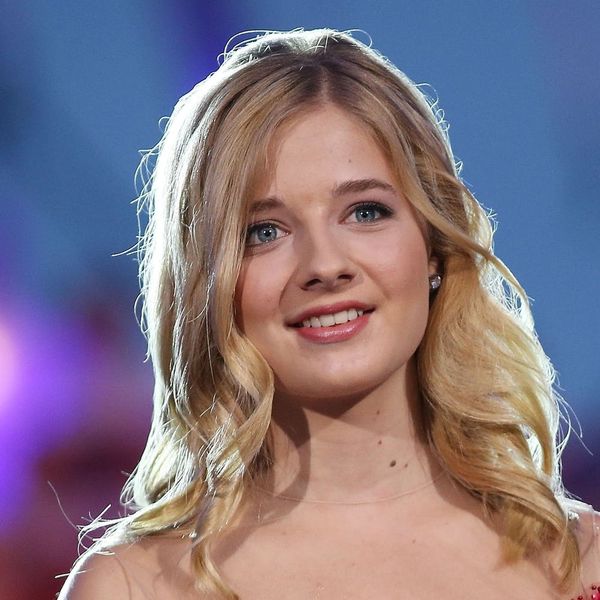 President Trump’s inauguration was quite the cause for controversy, not only with regard to its crowd sizes (or lack thereof, depending on your source), but for its headliners, as well.

There was an entire list of stars who reportedly turned down the gig due to personal beliefs, including Idina Menzel (who actually went so far as to suggest that Trump perform for himself), John Legend, Elton John, The Dixie Chicks, Celine Dion, Garth Brooks, Mótley Crüe, and more.

One rising star in particular, opera singer Jackie Evancho, never faltered in her decision to perform, however, despite the fact that her sister Juliet (legally born Jacob) has been out as transgender since 2015. “She told me she was transgender, and I was actually very happy for her, because she finally found herself, and she can be who she wants to be,” Evancho told People then.

Evancho’s sibling didn’t fault her for her decision, voicing her support by telling CBS Sunday Morning, “Jackie is singing for our country, and it’s an honor for her to be singing in front of so many people… and that’s where I’m going to leave it right now.”

My built in bff. #nohate #love

Now, Evancho is asking that Trump return the support. In the wake of the Trump administration’s decision not to enforce nondiscrimination laws that would allow transgender students the freedom to choose their bathrooms in schools, Evancho posted the following to Twitter yesterday, asking for him to meet with her and her sister to discuss the issue at large.

I am obviously disappointed in the @POTUS decision to send the #transgender bathroom issue to the states to decide. #sisterlove

. @realDonaldTrump u gave me the honor 2 sing at your inauguration. Pls give me & my sis the honor 2 meet with u 2 talk #transgender rghts ❤

As she told CNN, the news affected her on a personal level. “When I heard the news I was just thinking about my sister and the things she’s gone through, and the struggles that we’ve all had to deal with,” Evancho said.

Juliet echoed those sentiments, saying, “In order to make a huge decision like that, you need people who live it every day. I feel like it was a little rushed and I feel like there wasn’t a lot of planning that went into it.”

While Trump sang Evancho’s praises on Twitter prior to her performance, he has remained uncharacteristically silent about her tweets, responding neither on his personal or Presidential Twitter accounts.

Fingers crossed he’ll actually take her her up on that meeting — maybe Ivanka Trump and Jared Kushner (who recently stood up for the LGBTQ community in their own way) could give him a little push?

Do you think Trump should meet with Evancho? Tell us why or why not over @BritandCo.

Nicole Briese
Nicole is the weekend editor for Brit + Co who loves bringing you all the latest buzz. When she's not busy typing away into the wee hours, you can usually find her canoodling with her fur babies, rooting around in a bookstore, or rocking out at a concert of some sort (Guns N' Roses forever!). Check out all her latest musings and past work at nicolebjean.com.
LGBTQ
Politics
LGBTQ Politics twitter
More From Politics