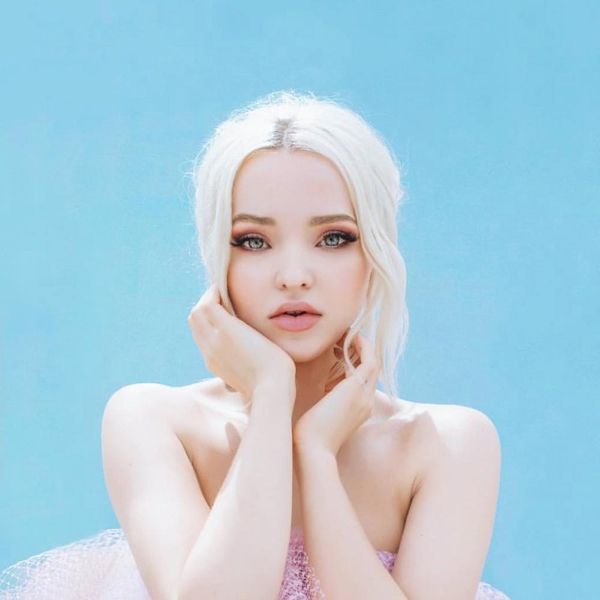 Ever since Dove Cameron burst into our lives as BOTH leads in Disney’s Liv and Maddie, she’s had a head full of bright blonde locks that have come to be her calling card. Now, the 21-year-old is switching things up on us, showing off a brand NEW hue, and it’s definitely a head-turner.

The actress took to Instagram to post snaps of new ‘do, which comes in a lovely shade of bubblegum pink. “Rabin defines a Manic Pixie Dream Girl as a character who ‘exists solely in the fevered imaginations of sensitive writer-directors to teach broodingly soulful young men to embrace life and its infinite mysteries and adventures,” she wrote.

Cameron’s new look certainly seems to fit the bill, giving her an other-worldly, fantastical look that’s nothing like her usual self.

rabin defines a Manic Pixie Dream Girl as a character who "exists solely in the fevered imaginations of sensitive writer-directors to teach broodingly soulful young men to embrace life and its infinite mysteries and adventures".

We can’t be sure whether this is the real deal or a hairpiece (girl DOES have a hair extension line with Bellami, after all), however, and considering the fact that she posted a subsequent photo with a white-blonde ‘do, it’s really anyone’s guess.

It certainly wouldn’t be the first time we’ve been fooled by a quick hair swap (or lack thereof… ahem, Lily Collins!)

Either way, though, girl is rocking it!

What do you think of Dove Cameron’s hair color? Tell us @BritandCo!