Ellen Pao Is Turning Tech Into a Woman’s World 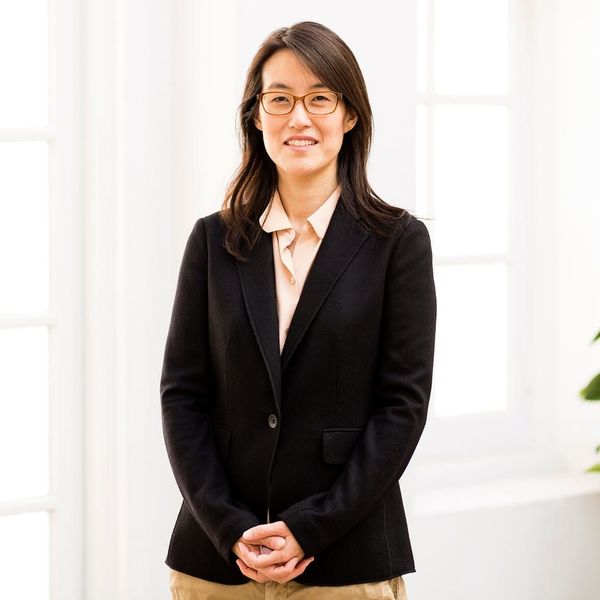 Ellen Pao Is Turning Tech Into a Woman’s World

On March 27, 2015, Ellen Pao found herself at San Francisco’s Superior Court. After a five-week trial that made national headlines, Pao was there to hear the verdict of her case against her former employer, venture capital firm Kleiner Perkins, whom she was suing for $16 million in damages for gender discrimination, failure to take reasonable steps to prevent gender discrimination, and two counts of workplace retaliation.

“It’s a relief to me to see that people are finally being believed and they aren’t being challenged. They aren’t being called names and being further victimized. It [feels like] finally people understand that there is a problem.”

“This year, it was like people finally understood that there was a problem. It was no longer like let’s shoot the messenger every time somebody calls attention to it.”

Pao didn’t win her case. The jury dismissed all claims against Kleiner Perkins. But in defeat there can still be triumph. Since the loss, Pao has gone on to become a key crusader in the tech world, leading the fight against discrimination and exclusion in the workplace and helping others to do the same.

In September, Pao released her first book, Reset: My Fight for Inclusion and Lasting Change, in which she tells her side of the Kleiner Perkins lawsuit for the first time and recounts a few of her experiences. Some of the worst include the time she was on a private jet with her male coworkers and they began discussing their preference in sex workers. Another, mentions how her boss told her he liked the idea of hiring an Asian woman because she’d be a “tiger mom-raised” woman.

But when Pao filed her case just a few years ago, sexism in tech was an issue that was more likely to be settled behind closed doors than in a courtroom. And while these experiences were happening, Pao stayed silent. Protesting company norms and current protocol meant ostracizing yourself from the rest of the team and sabotaging your chance to get ahead, especially if you’re a young woman in a male-dominated field. But eventually, Pao could no longer keep quiet.

“I did not want to be somebody who just stood by,” she told us, and Pao says she has no regrets about ultimately deciding to fight her employers and losing.

“[The case] had a big impact on the conversation,” she says. “If I hadn’t [pressed charges], I would have always wondered what would have happened. Also, I didn’t think that Kleiner would change without it. I was worried that there would be somebody else who would get harassed or worse.”

Though Pao’s case didn’t end with the verdict she wanted, her courage has helped to open the floodgates on the issues of gender discrimination and harassment in tech, and has changed public perception of women who take a stand.

After Pao was eventually fired from Kleiner Perkins, she didn’t stop trying to bring about change. She was appointed as CEO of Reddit, another “boys’ club,” and began making big changes to help improve lives.

Pao’s efforts to create a more inclusive online environment didn’t go over well with the Reddit community. After she shut down the subreddits that violated her new policy, a handful of channels dedicated to defaming Pao’s character popped up in their place. Then after the firing of one of Reddit’s most notable employees turned into public controversy, Pao stepped down as CEO, yet again facing a flurry of negative press and online hate.

These days, Pao is still fighting on the front lines of Silicon Valley. She’s an investment partner and the Chief Diversity and Inclusion Officer at the Kapor Center for Social Impact. She also helped establish Project Include, a non-profit that provides guidelines and actionable items for CEOs to make their companies a truly inclusive place to work, not just for women but for everyone.

Pao remains as dedicated to her mission as the day she filed her lawsuit, but she can’t change an entire industry alone. Could 2018 be the year in which the rest of the tech world finally steps up to make the changes it desperately needs? Pao is hopeful.

“We’re far from victory in making tech inclusive,” she admits. “But understanding that we have a problem is an important first step, and I think this year we’ve gotten most people to understand that there is a problem. Now we can move to really getting as many people as possible to help fix it. Let’s figure out how we can all work together to take down those barriers that are blocking everyone from succeeding.”

Cortney Clift
Cortney is the senior writer and special projects editor at Brit + Co. She typically covers topics related to women's issues, politics, and lifestyle. When she's not buried behind her computer you'll find her exploring New York City or planning her next big adventure.
Premier
Empowerment
Premier Year in Women
More From Empowerment