This Bacteria-Killing Light Cleans Your Shower for You 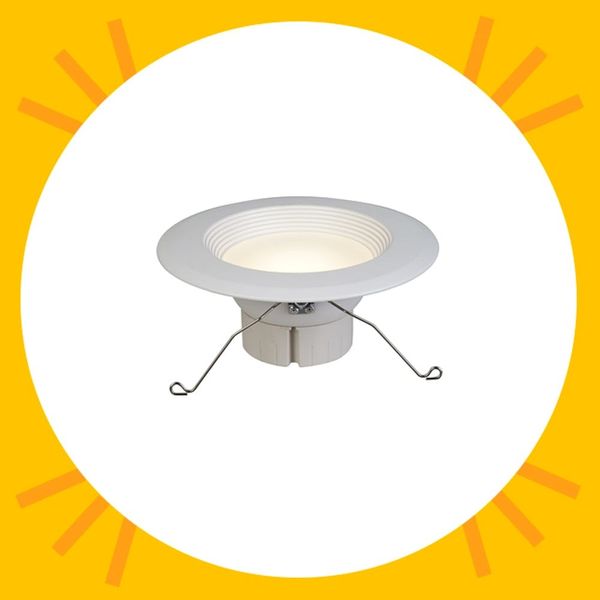 Stepping into a relaxing, fragrant shower at the end of a tough day is basically the best. Cleaning said shower is pretty much the worst. We’ve scoured the web for ways to make this most-taxing task a little less arduous, even turning to power tools at one point. But the truth is, cleaning the shower is just one of the most annoying parts of #adulting. Between grimey groutlines and dubious mildew stains, it’s an item on our monthly checklist that we’d just as soon abandon forever. But if you’re someone who doesn’t really *feel* like the shower is clean even after a scrub-fest, you’re in luck: High-tech home company Ellumi recently launched their bacteria-killing light (originally designed for under-cabinet applications in the kitchen) in a new, shower-friendly model.

Their Germ-Killing Recessed Shower Light may look unassuming, but don’t be fooled. It’s armed with the power to kill mold, fungi, and bacteria. A simple switch between the light’s “normal” setting and its “disinfect” setting eliminates up to 99 percent of germs on surfaces, including those that can lead to staph/MRSA, E. coli, and Salmonella. Instead of using potentially harmful UV rays, Ellumi’s technology uses an LED light that’s safe for everyone in the household, including pets and children. (The company says you can leave it on 24/7 without any adverse effects, should you choose.)

Best of all, Ellumi’s light goes beyond disinfecting in the moment: It actually inhibits future growth of fungi and mold so your shower stays pristine in between regular maintenance AND is easier to clean next time around. Sure, it doesn’t eliminate the need to ever whip out your scrubber sponge, but it certainly amps up the impact that normal cleanings have. And for $89, we’re definitely willing to give it a try, especially if it means we can rest easy knowing our bathroom is *really* clean at the end of the day.

Emily Bihl
Emily Bihl is a freelance writer and sometimes-songwriter currently undoing a lifetime of healthy eating in the great city of New Orleans. When she’s not writing, she can be found covered in clay at the ceramics studio or attempting an approximated downward dog. She likes her black labrador Selkie, unexpected anagrams, and cracking the sugar on creme brûlée with the back of a spoon.
Bathroom
Organization and Cleaning
Bathroom Cleaning Lighting