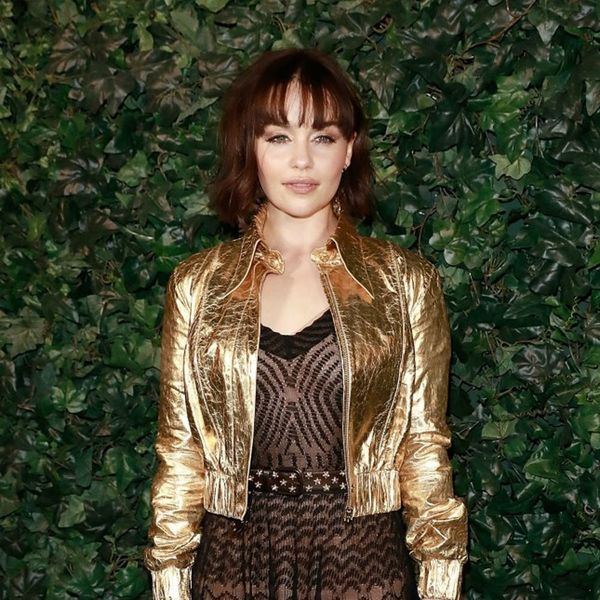 With the new season of Game of Thrones just two weeks away, star Emilia Clarke is everywhere as of late — like the cover of Rolling Stone, for instance. While the star talked at length in the accompanying interview about how she isn’t taken seriously because of her looks, it wasn’t her photos, but one highly controversial comment in particular that had fans sitting up and taking note.

The remark in question came when Clarke was asked about sexism in Hollywood. While it was a fair question, to be sure, the 30-year-old’s response was one that fans felt was far from. “I feel so naive for saying it, but it’s like dealing with racism,” she quipped. She then attempted to clarify, adding, “You’re aware of it, and you’re aware of it, but one day, you go, ‘Oh, my God, it’s everywhere!’ Like you suddenly wake up to it and you go, ‘Wait a f*cking second, are you… are you treating me different because I’ve got a pair of tits? Is that actually happening?” Yikes!

While not many would contest that Clarke was right on the money to say that sexism is alive and well in Hollywood, fans felt she went WAY too far in comparing a female actor’s professional plight to racism, ignoring intersectionality entirely — the idea that people can deal with a multitude of different issues at once, and that comparing them to one another gives complete disregard to the subtle ways they can actually intersect.

Needless to say, folks immediately took to Twitter to point out Clark’s snafu.

@Variety @emiliaclarke I'll keep in mind that sexism is like racism when my son or myself is pulled over.

#EmiliaClarke girl I live for you in Game of Thrones but in NO way is sexism compared to racism, at least not for the black community. 😐

@emiliaclarke my black feminist momma, et al, theres a history of ppl equating sexism and racism, who then ignore racism when it counts…

The actress has yet to respond to the backlash on her comments, but hopefully, the fan response will give her pause for thought in choosing her future words.

Who is your favorite Game of Thrones character? Tell us @BritandCo!

Kat Armstrong
Kat has been a writer, social media maven and mom for longer than she's willing to admit. She's also spent time in front of and behind the camera, interviewing celebs, politicians and acting as a producer for fashion and artistic photography shoots. When she isn't writing for various orgs and publications, she's hanging with her kids, husband and French Bulldog, Peter, in Toronto, Canada.
Controversy
Celebrity News
Controversy