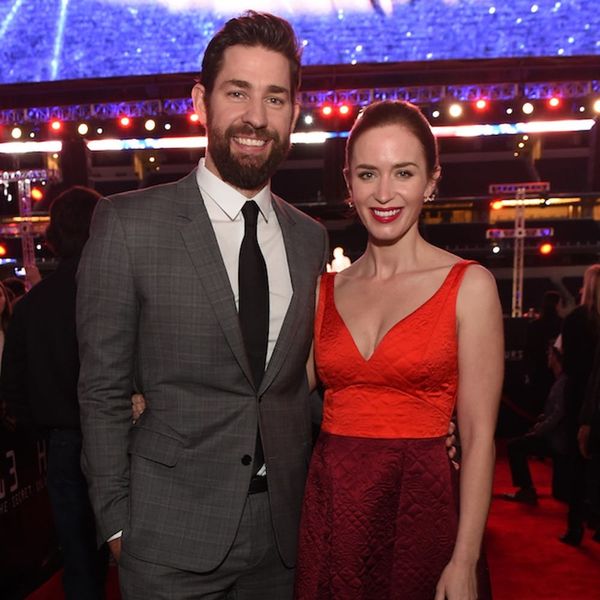 When it comes to Hollywood marriages, actors John Krasinski and Emily Blunt have been serious #relationshipgoals. Not only do the pair seem to have a ton of fun together (they like to play pranks on their famous neighbor, Jimmy Kimmel), but John has said countless adorable things about his wife that have made people all over melt — like when he told The Daily Beast she was “out of [his] league.” Nice one, John, but no one buys that. The pair wed in 2010 and are already parents to 23-month-old Hazel, but little Hazel is about to get some company. Their rep confirmed today that the adorable couple are about to be parents once more.

Despite the pregnancy news, the busy pair aren’t slowing down in the least. John, whose new film 13 Hours premiered on January 12, is currently at Sundance Film Festival for his sophomore directorial effort for The Hollars, starring Anna Kendrick. Meanwhile, Emily Blunt is currently filming in the movie adaptation of the book The Girl On the Train in NYC. But it seems like the couple has always planned on adding to their fam. When asked about having more kids by ET Online last August, John said, “Hopefully one day we will!” Emily added, “One day. I don’t know when. We’ve got to give her some competition at some point.” Looks like that point is now.

Oh boy, we cannot wait to find out that creative baby name!

Are you excited to find out their baby name? Tweet us @BritandCo!

Kimberly Wang
Kimberly Wang writes about all things pop culture, tech, style, and beauty. She's a Bay Area transplant and has an MFA in Creative Writing from Columbia University. On a sunny New York day, you can find her hanging out with her mini schnauzer Isabelle Jellybean on a blanket in Central Park.
Celebrity Baby
Celebrity News
Celebrity Baby
More From Celebrity News