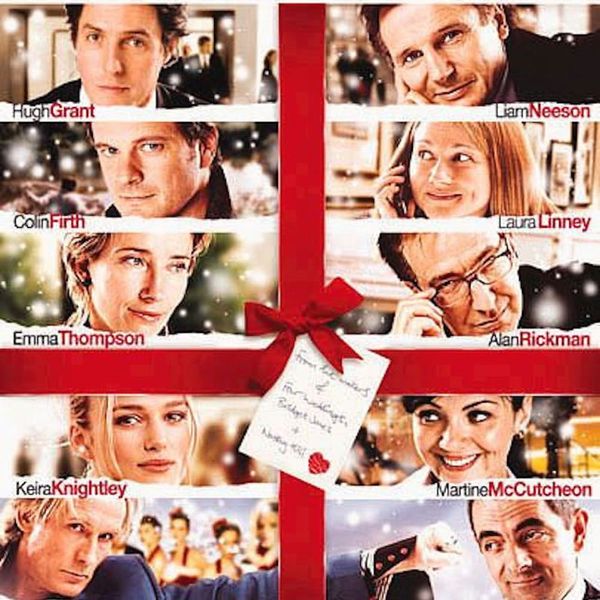 If you were absolutely freaking out over the news that a Love Actually reunion movie is in the works for the Red Nose Day charity event — either from excitement or horror or both (which is exactly how we reacted to the news that season seven of American Horror Story will be based on last year’s election) — then get ready to have your mind blown and to feel ALL of the feels while looking at the first pics of the actors getting back together and getting back into character.

For reference, here’s Liam Neeson and Thomas Brodie-Sangster back in the day, during 2003’s original Love Actually film…

In the first reunion pic, we see Liam Neeson and Thomas Brodie-Sangster, who played the stepfather-and-stepson pair, Daniel and Sam, 14 years later. While the two have obviously aged (OMG, look at how grown up little Sam is!) and despite the many years that have passed, the duo look to have easily stepped back into the swing of things on set.

So this just happened. #rednosedayactually day 1 of filming. Might have cried a tiny bit. pic.twitter.com/DQ3GxNSwLp

The second pic gave us total chills, showing Daniel and Sam on a bench, and apparently made producer/director Emma Freud cry “a tiny bit.” Anyone who knows the movie well will also know why. And yeah, no doubt we’ll be downright bawling.

Last, but not least, do you remember Sam’s crush, Joanna?

Here she is now…

Oh hello #rednosedayactually cast member looking slightly older than she did in the original film…. pic.twitter.com/6OY7SHP9dc

Played by Olivia Olson, the actress is also back on set, which is just so awesome. Looking great, Olivia! And the same goes for Liam and Thomas. We can’t wait to see the rest of the cast in action and, of course, nervously and giddily watch the short Love Actually sequel during Red Nose Day on March 25 on NBC.

How did you react to these first pics of the Love Actually reunion? Let us know @BritandCo!