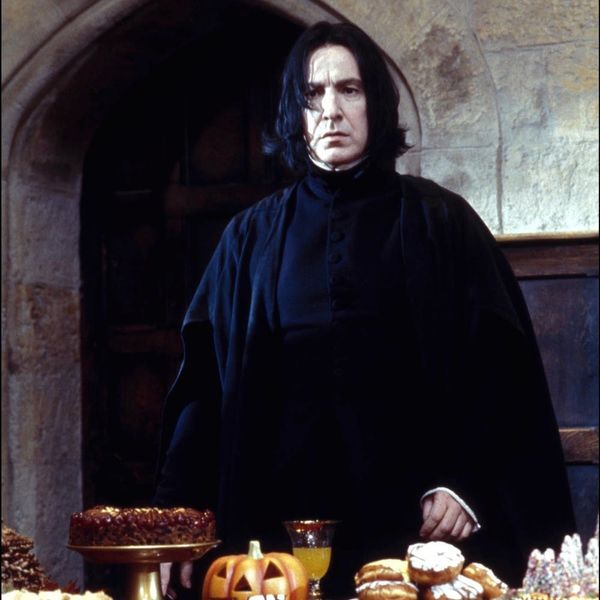 Just days after the tough loss of singer David Bowie, another great creative spirit has left the earth. Alan Rickman has passed away at the age of 69, and the Harry Potter actor’s friends from Hogwarts are already sending out their messages of goodbye to the man they lost.

J.K. Rowling was quick to take to Twitter to express her grief saying, “There are no words to express how shocked and devastated I am to hear of Alan Rickman’s death. He was a magnificent actor & a wonderful man.”

Daniel Radcliffe was just as quick to publicly address the terrible loss. “Working with him at such a formative age was incredibly important and I will carry the lessons he taught me for the rest of my life and career.”

“Alan Rickman is undoubtedly one of the greatest actors I will ever work with,” Radcliffe said via his Google Plus page. “He is also one of the [most loyal] and most supportive people I’ve ever met in the film industry. He was so encouraging of me both on set and in the years post-Potter. I’m pretty sure he came and saw everything I ever did on stage both in London and New York. He didn’t have to do that. I know other people who’ve been friends with him for much much longer than I have and they all say ‘if you call Alan, it doesn’t matter where in the world he is or how busy he is with what he’s doing, he’ll get back to you within a day.’”

Radcliffe continued with his memories of Rickman, reflecting on the rare close-up glimpse he got of the iconic actor and his true nature while he played the newbie wizard and Alan transformed himself into the dark and beloved Potions Master. “Alan was extremely kind, generous, self-deprecating and funny. And certain things obviously became even funnier when delivered in his unmistakable double-bass…Film sets and theatre stages are all far poorer for the loss of this great actor and man.”

Emma Watson was another child star from the Harry Potter universe whose life and career was undeniably touched by Rickman. “I’m very sad to hear about Alan today,” she wrote on her official Facebook page. “I feel so lucky to have worked and spent time with such a special man and actor. I’ll really miss our conversations. RIP Alan. We love you”

Rickman, who was a mainstay in the industry since the late ‘70s and during that time portrayed some of Hollywood’s most beloved characters in practically every genre, from action to romance, fantasy to historical. And that voice. THAT VOICE!

R.I.P. Alan Rickman, you will be missed!

What was your favorite Alan Rickman role? Tell us @britandco!

Desiree O
Desirée O is a ‘Professional Bohemian’ who loves anything and everything related to the arts, entertainment, and pop culture. She ADORES being a ‘Newsy’ for Brit + Co, covering all of the latest tidbits of awesomeness that you want to read about. When she’s not writing, she’s either making messy art, going on long adventurous walks with her camera, or poking around over at bohemianizm (http://www.bohemianizm.com/). You can find out about Desirée O and her work at http://DesireeO.com/ or follow her on Twitter @DesireeO.
Harry Potter
Entertainment
Harry Potter
More From Entertainment