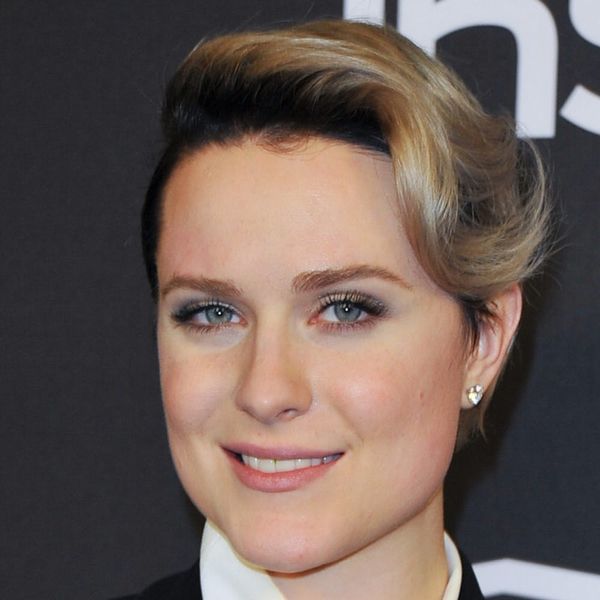 We already knew that Evan Rachel Wood was pretty much the coolest — one need look no further than the stand she took against Hollywood heavyweight Woody Allen or her recent reasoning for wearing a suit to the Golden Globes for proof of that — but the Westworld actress just gave us yet another reason entirely to love her.

In honor of her hero, the late David Bowie, who would’ve been 70 years old on January 8, Evan made a small, but significant update to the Aladdin Sane lightning bolt tattoo she got nearly a decade ago at the age of 19.

10 years ago I got a lightning bolt in a Valentine to honor David Bowie. After he died I filled it in black ⚡ miss you starman. 🖤

Posting the change to Instagram, she wrote, “10 years ago I got a lightning bolt in a Valentine to honor David Bowie. After he died, I filled it in black. Miss you, starman.”

It makes sense that she’d go to such lengths to pay tribute to him: The piece she penned for Nylon following his death was practically an open love letter to the musician, with lines like, “Bowie is in everything I do. He introduced me to androgyny, surrealism, glam, poetry, fashion, sex — and rock ‘n’ roll, for God’s sake.”

Cant believe its been a year already. Here is the tribute I wrote for the late David Bowie. I still miss u @NylonMag https://t.co/ax16Wx2jgV

Eventually going on to meet the man she calls her idol as a teen, Evan wrote, ““I knew that no other artist had as much of an influence on my life and my very identity than David Bowie…He made me feel like as long as he was around, I had a place.”

And now that he’s gone? “[His death means] a mark of time and the end of an era. It’s when I am really grown up and the torch is being passed to all of us now.”

Do you have a tribute tattoo? Tell us about it @BritandCo.

Nicole Briese
Nicole is the weekend editor for Brit + Co who loves bringing you all the latest buzz. When she's not busy typing away into the wee hours, you can usually find her canoodling with her fur babies, rooting around in a bookstore, or rocking out at a concert of some sort (Guns N' Roses forever!). Check out all her latest musings and past work at nicolebjean.com.
Tattoos
Celebrity News
Tattoos
More From Celebrity News