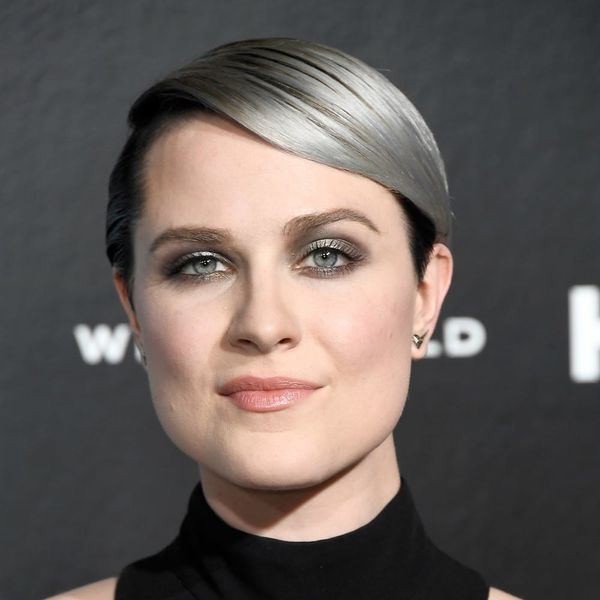 With outrage mounting over Hollywood’s treatment of ‘70s film star, Maria Schneider, who was revealed to be involved in an onscreen sexual assault that occurred without her consent, it’s become more clear than ever how important it is to listen to the victims of these incidents (something actress Amber Heard would concur with, as it aligns with her most recent PSA for victims of domestic violence).

Sadly, she’s not alone in her experiences. Actress Evan Rachel Wood recently took to Twitter to share her own personal story with the world.

Following an interview in Rolling Stone, in which the Westworld actress admitted that she has been a victim of sexual assault not once, but twice, she took to social media early last week to divulge the full contents of the letter she penned to the outlet for the piece.

Well, since everything is out in the open now, figured I would share the confession letter I wrote to @RollingStone in its entirety. #NotOk pic.twitter.com/0FSP1gsE36

“I started questioning my reasoning for staying vague about my experiences,” she wrote in the letter. “I think deep down, I also didn’t want to be accused of doing it for attention, or that it wasn’t a big deal.”

Now, she says she can bear to stay silent no more. “I don’t believe we live in a time where people can stay silent any longer… Not given the state our world is in with its blatant bigotry and sexism.”

Evan then revealed that she had been sexually assaulted, both by a former partner and by an unnamed bar owner: two incidences which she says likely played a part in a suicide attempt at the age of 22.

Now 29, Evan is doing much better, though she admits it’s not really something you ever “get over.” “I am still standing, I am alive, I am happy, I am strong,” she says. “But I am still not okay.”

It’s these experiences, perhaps, that spurred her to be so empathetic with regard to Maria’s situation.

I second that. This is heartbreaking and outrageous. The 2 of them are very sick individuals to think that was ok. https://t.co/Ft4SArjcgd

One fan, @juicybombon, wasn’t impressed. He pointed out that Evan herself had worked with Woody Allen, a filmmaker who has been accused of sexual assault by his own adopted daughter, for her 2009 role in Whatever Works.

Evan not only took the time to respond to the Tweet, she took it as an opportunity to take a stance for what she believes is right, saying that she was unaware of the accusations at the time, and wouldn’t make the same choice today.

That was years before I read Dylan's letter. Unfortunately, I can't say that I would again. @juicybombon

While some may see her words as just a tweet, it’s actually a pretty bold move: Woody is a major Hollywood talent that not many have had the courage to speak out against, with other actresses being criticized for failing to do just that (see: Blake Lively, who defended the filmmaker at this year’s Cannes festival).

Silent Evan is no more: We applaud your bravery, girl.

Are you inspired by Evan Rachel Wood’s bold confessions? Tell us over @BritandCo.