I’m Not Embarrassed to Love Reality TV, and You Shouldn’t Be Either 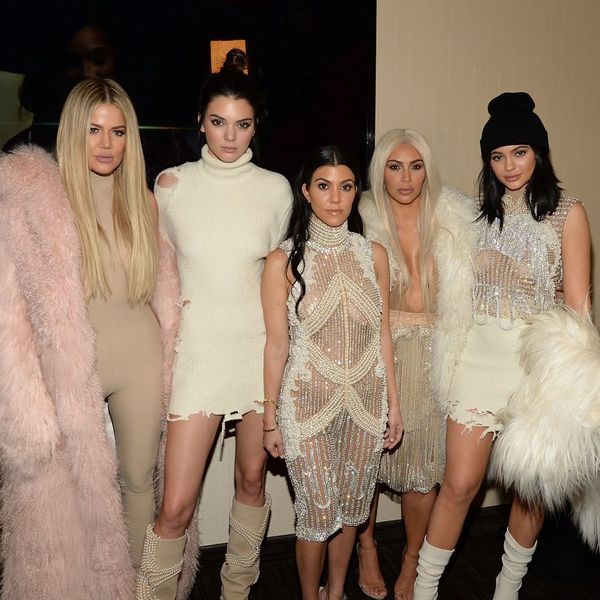 I used to avoid talking to people about my television habits. Friends would chat about the week’s TV lineup over dinner, or colleagues would share their thoughts on the most recent episode of a hot new show between meetings, and I’d stay tight-lipped. “Oh, I haven’t seen that yet,” I’d say. “I’m not really that into TV.”

As a lifelong bookworm, it isn’t totally a lie for me to say that I don’t describe myself as “into TV” — but it would be dishonest to claim that I don’t watch it at all. I love crashing on the couch after a stressful day to zone out. Any weekend free of plans is ripe for a television marathon, in my opinion. For a long time, what I actually didn’t like to say out loud was what I watch.

No, it’s nothing creepy, gross, or bizarre. My taste in television just isn’t what you’d call… classically good. My weak spot for reality television is a disproportionately large weak spot. I understand that this is hardly a dangerous admission, but in a world full of so much high-quality content (which I can totally appreciate), I can’t say I always feel proud of the fact that I don’t really have the attention span — or, quite frankly, the interest — in getting in on the latest critically acclaimed show.

I live in New York City, where it seems like everyone around me is about five steps ahead of the curve on all things pop culture, making it extra hard for me to hide my own personal vices. After a few years of sweeping my TV habits under the proverbial rug, I decided I didn’t really care to be embarrassed by them anymore. So what if my idea of the perfect lineup is a never-ending loop of Real Housewives, Teen Mom, Keeping Up With the Kardashians, Married at First Sight, and (if it’s a really good day) a little more Housewives? Here I am, loud and proud, an educated, progressive, ambitious woman who just wants to wind down with a little mindless entertainment. Is that so wrong?

I don’t come into these conversations unprepared though. Having been laughed at one (or 20) too many times while professing my love for Bravo, I now travel with a plausible, reasonable explanation for my tastes. My advice to my fellow “trash TV” lovers is to do the same.

The world is jam-packed enough these days with content that’s stressful. Three-quarters of my day is spent consuming hard news. I watch CNN and MSNBC every morning for a few hours and am about as engaged with current events via social media and the internet as you would expect a highly concerned millennial to be. I take the time to educate myself about the truly important things happening in our world, and at the end of the day, I would rather watch something that’s made purely to entertain. When it comes to true viewing for pleasure, I don’t really want to be challenged, informed, educated, or impressed. I just want to laugh and gain some perspective on the genuinely ridiculous things happening out there in the world that somehow make the serious things a little less terrifying.

I’ve found that reality TV has zapped me of even the smallest interest in extraneous personal drama. If I can watch the Housewives argue about who was or wasn’t invited to the Hamptons, or be a third party to Kim K’s latest drama, I’m a lot less likely to gravitate toward similarly high-tension situations in my own life. Being a longtime fan of reality TV has — in all honesty — given me interesting perspective on how unnecessary it is to ruffle feathers, whine, brag, or exclude. The TV characters that I love (or love to hate) have already modeled how that behavior plays out — and it rarely plays out well.

While I feel like my two go-to arguments for “bad” TV are solid, I’ve also learned that the key to owning my pop culture preferences is often simply to laugh at myself. Life is often way too serious, and if we begin to take ourselves so seriously that even our choices in television are a point of pride or judgment, then we’ve taken our entirely valid interest in so-called “quality” culture a step or two too far. You watch your highly acclaimed cable drama, and leave me alone with my constant Hulu binge-watching cycle. I know it’s not “good.” Believe me; it’s part of the appeal.

What do you think about reality TV? Tweet us @BritandCo!

Alli Hoff Kosik
Alli Hoff Kosik is a freelance writer who is passionate about reading, running, rainbow sprinkles, her lipstick collection, watching embarrassing reality TV, and drinking pink wine. She lives in Brooklyn with her husband and (in her dreams, at least) three golden retriever puppies. Listen to her talk books on The SSR Podcast.
Kardashians
TV
Kardashians
More From TV