Those Braggy Couples on Facebook Are Probably Insecure About Their Relationships 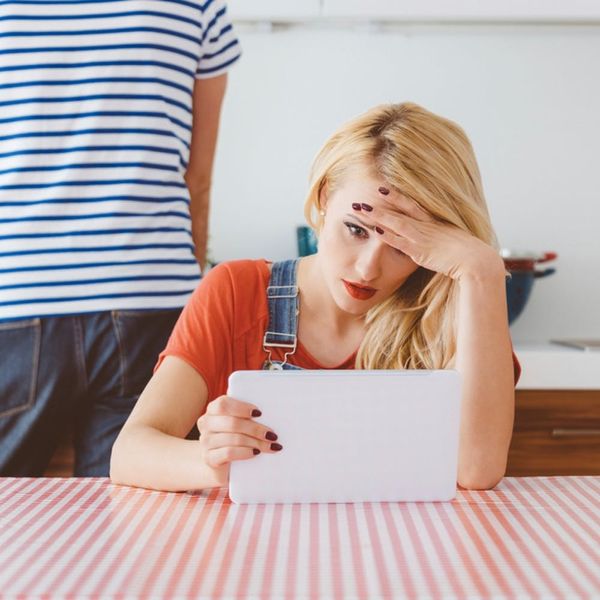 If you’ve ever felt a little envious when scrolling through your Facebook feed, passing post after post of loving couples that just won’t quit, don’t fret. Things might not be as hunky-dory as social media might make it seem, at least according to the science-folks over at Personality and Social Psychology Bulletin. They’re saying that those who brag the loudest are actually those who are feeling the most insecure.

The scientists call it “relationship visibility,” but we know it as that particular person on FB who’s constantly reminding everyone, all the time, that yes, they are in fact in a loving, awesome, amazing relationship. But apparently, these are actually the people who are most likely to be feeling insecure about their relationship. That’s why they feel the need to publicly assert that things are a-ok when maybe they’re actually not.

Previous studies have also linked Facebook use to life dissatisfaction because (surprise!) all those happy people posting about their perfect lives can make others feel badly about their own. Basically, social media is a performance that may or may not reflect reality, so take it all with a grain of salt.

So if it seems like one of your besties is suddenly over-posting, don’t rain on their parade: There might be more storms than rainbows beyond what meets the eye.

Desiree O
Desirée O is a ‘Professional Bohemian’ who loves anything and everything related to the arts, entertainment, and pop culture. She ADORES being a ‘Newsy’ for Brit + Co, covering all of the latest tidbits of awesomeness that you want to read about. When she’s not writing, she’s either making messy art, going on long adventurous walks with her camera, or poking around over at bohemianizm (http://www.bohemianizm.com/). You can find out about Desirée O and her work at http://DesireeO.com/ or follow her on Twitter @DesireeO.
Facebook
Relationships
Facebook
More From Relationships