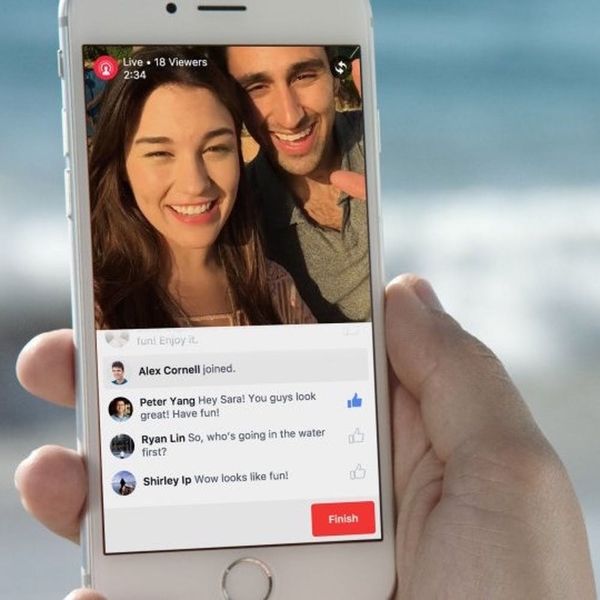 We all know FOMO is a thing — but it’s a sad, sad inevitability that there are going to be times when you or your friends just can’t make it to an event. Facebook knows that, and they want to help you out. Today, they introduced a brand new update they’ve got in the works that will allow you to share moments with your pals like you never could before. You can now feel like a Kardashian-Jenner with Facebook’s latest self-broadcasting update, Facebook Live Video.

With the rising popularity of apps like Periscope, it’s pretty clever of Facebook to jump into the live streaming game. Live Videos allows your friends and family to see what you’re up to in real time. And that’s not all — aside from broadcasting your goings-on, you can also assemble live collages of pics and videos from an event that your friends can then check out. According to Facebook, right now Live Video is still in beta testing and only available to a small percentage of users in the U.S., but hopefully they’ll be rolling out the feature to everyone soon.

And don’t worry — just because you’re broadcasting yourself live doesn’t mean your stream is open to the whole world. You can choose the audience you wish to share your video with, then while you’re streaming, you can also check out who is watching. Friends can even input live comments as you stream. You can easily subscribe to your BFF’s streams + those of public figures. When you subscribe, you’ll get a notification when someone is about to start streaming. Pretty cool, huh?

One thing though — this has the potential to bring Facebook status oversharing to a whole new level.

Will you be trying out Facebook Live Videos? Tell us in the comments below!

Kimberly Wang
Kimberly Wang writes about all things pop culture, tech, style, and beauty. She's a Bay Area transplant and has an MFA in Creative Writing from Columbia University. On a sunny New York day, you can find her hanging out with her mini schnauzer Isabelle Jellybean on a blanket in Central Park.
Facebook
Tech
Facebook Kardashians