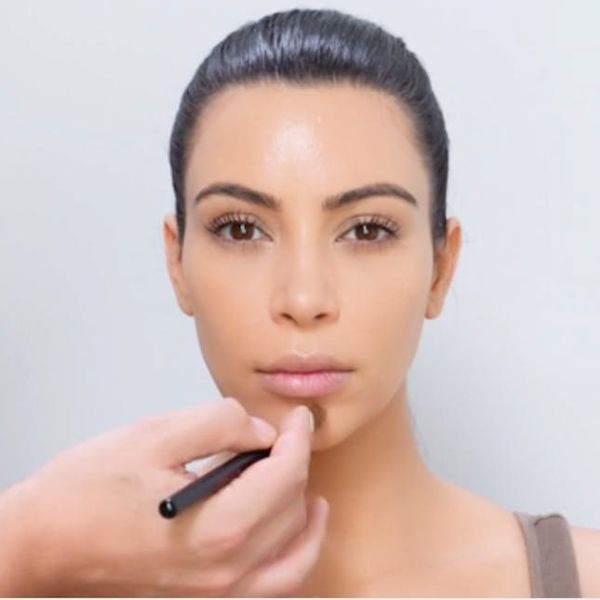 Reese Witherspoon has done it. Blake Lively has done it. Gwyneth Paltrow has done it. We’re talking about celebrity lifestyle sites. Reese launched Draper James, Blake’s got Preserve and Gwyneth has been spearheading the movement with the practically OG Goop. Now, Kim Kardashian West is the latest A-lister to join the fray with the debut of her site KimKardashianWest.com (and her sisters are each launching their own pages and apps today as well).

Each of her sisters’ sites are also $2.99 EACH — which means it’s gonna cost ya to keep up with those Kardashians. Each of the Kardashian-Jenner’s sisters’ sites are super personalized, so you get a insider’s peek at each of their lives. For example, Kylie’s site gives a tour of her new house, features vids with Miley’s BFF Gigi Gorgeous and more.

Though the site will have limited all-access content, paying subscribers will get entry to Kim’s Q + As and makeup tutorials. Right now, the only how-to live is of Mario Dedivanovic’s strobing tutorial — and he’s been credited as the originator of the whole strobing trend. (Pro tip: highlight your cupid’s bow to make your lips look plumper.) We’re certain in time we’ll be seeing more high-quality makeup tutorials from Kim’s all-star glam team, including Joyce Bonelli (who bleached Kylie’s brows), hairstylist to the Kardashians AND the stars in general Jen Atkin and Clyde Haygood (who made Kendall Jenner a blonde).

Subscribers will get to see Kim’s various style breakdowns where she (or her team) dissects her outfits and finds options to help you cop her style — which, so far, feature surprisingly affordable alternatives.

Also, you get behind-the-scenes peeks at the styling and choices behind outfits and events. For example, Kim revealed that her Met Gala dress was inspired by Cher — yes, that Cher.

Will you be subscribing to Kim Kardashian West’s lifestyle site? Tell us in the comments below!

Kimberly Wang
Kimberly Wang writes about all things pop culture, tech, style, and beauty. She's a Bay Area transplant and has an MFA in Creative Writing from Columbia University. On a sunny New York day, you can find her hanging out with her mini schnauzer Isabelle Jellybean on a blanket in Central Park.
Kardashians
Fashion
Kardashians