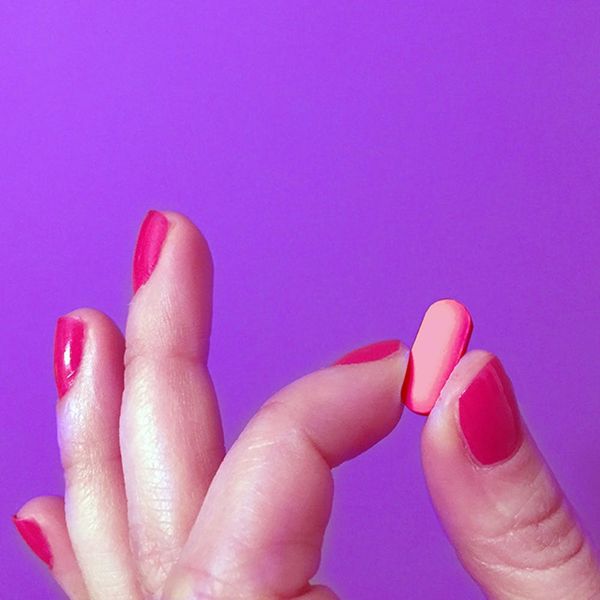 Recently the media has been getting hot and bothered about the release of a new so-called female Viagra pill. The drug, called Flibanserin, was recently approved by the FDA and should hit the markets later this summer.

Your knee-jerk reaction to this new medical advancement is probably something like: “Whoo hoo! Equality for all! Get it, girls!” but on closer inspection, this daily drug may not be the answer we were looking for. Here are a few things you should think about before sharing news of the pill on your FB wall.

2. It has major side effects: A New York Times article on the subject mentions that the drug can have some serious side effects such as low blood pressure and fainting — side effects that could lead to accidental injury, which has never helped anyone’s libido in the first place.

4. You can’t drink EVER: The other drawbacks to this pill is that you cannot use it while using birth control pills or while drinking alcohol, meaning that if you take this drug for sex-related reasons, you have to swear off those things for the rest of your life. That might be more of a drag than not getting laid to begin with.

5. Better things may be on the way: The point could be made that even if this initial drug had limitations, it could open the door for more research and better drugs to come out in the future, right? Wrong. Dan Savage says that that argument implies the drug already doesn’t work, which is the equivalent of saying “take this shitty drug until a better one comes out.” Ugh.

In short, this isn’t the pill women deserve and it’s not the one they need. For now, we’ll stick to the original female Viagra: Ryan Gosling in a chunky knit sweater.

Molly Sanchez
Molly Sanchez is a writer, comedian and lover of burritos everywhere. She has written for The Bold Italic, Liquid Bread, Thrillist and HelloGiggles. She devotes her time to Bloody Mary research, exploring San Francisco and promoting wide spread shower beer awareness and appreciation. Find her on Twitter @seriousmolly trying to get famous people to laugh at her jokes or on Instagram @mollyfuckingsanchez where she swears a lot.
Womens Health
Health
Womens Health
More From Health