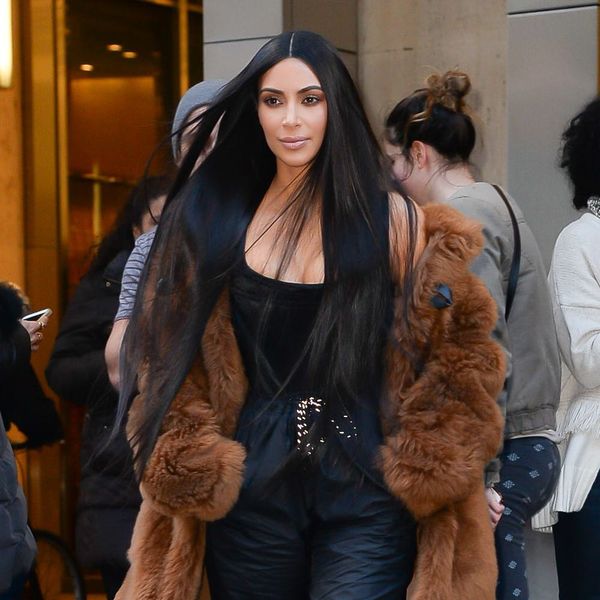 We may have thought that filming Keeping Up With the Kardashians was exactly what Kim Kardashian didn’t need after her terrifying Paris robbery, seeing as she took time off and stepped back from the spotlight (a move which resulted in an unsure future for the family’s famous series). But now, as pics of the crime scene have just been released, Kim’s mom, Kris Jenner, is claiming that the show actually had another totally surprising effect on the reality star.

While Kim was initially reluctant to jump back into her super public life, her mother, Kris Jenner, insists that filming their series actually became part of Kim’s healing process. “We started filming and what was coming out of that was very therapeutic for her, I think. To just explain to us and walk us through,” she told Ellen in a recent appearance.

Case in point? Back in January, we were shown a short 30-second clip promoting the upcoming season of Keeping Up With the Kardashians. In it, Kim opened up about the robbery for the first time, reliving the incident while talking with her sisters, Khloé and Kourtney.

While it may have been hard for fans to watch, it was even harder for Kris. “I was watching it and I was bawling — bawling when I saw it,” she said. “And I just saw some of it. I couldn’t even watch the whole thing it was so upsetting. It was such an upsetting time and something so awful happened to somebody you love so much. And it’s just like — ugh — it chokes me up every time to think about it.”

This March, don't miss when #KUWTK returns with an all-new season only on E!

She added, “No one can get through the first few minutes without getting hysterical. Like, I get choked up just thinking about it and talking about it. But it’s remarkable to listen to her tell the story and she does that… moment by moment.”

We’ll be able to witness the process for ourselves when Keeping Up With the Kardashians returns on Sunday, March 5 to E!

Will you be watching the newest season of KUWTK? Let us know @BritandCo!

Desiree O
Desirée O is a ‘Professional Bohemian’ who loves anything and everything related to the arts, entertainment, and pop culture. She ADORES being a ‘Newsy’ for Brit + Co, covering all of the latest tidbits of awesomeness that you want to read about. When she’s not writing, she’s either making messy art, going on long adventurous walks with her camera, or poking around over at bohemianizm (http://www.bohemianizm.com/). You can find out about Desirée O and her work at http://DesireeO.com/ or follow her on Twitter @DesireeO.
Kardashians
TV
Kardashians
More From TV