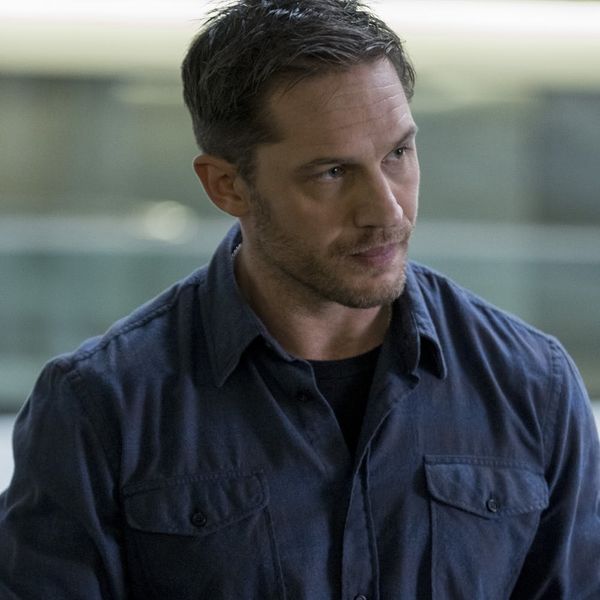 Among the many, many movies we’re excited to see in 2018 is Marvel’s Venom, starring Tom Hardy and Michelle Williams. The first teaser trailer for the film dropped on Thursday, and while the story is just getting started, the action is already pretty intense.

The Mad Max star plays Eddie Brock, who — as we see in the teaser — is dealing with a serious medical issue (if you can call it that). Fans of the comics will know that he becomes the host of an evil alien “symbiote” that results in some superhero-like powers, though not without some torment.

Michelle Williams is set to appear as Ann Weying (Brock’s love interest and/or ex-wife, depending on where we are in the story), while Riz Ahmed will play Dr. Carlton Drake. Woody Harrelson and Jenny Slate have also been brought on board, although we don’t know yet who they’ll be playing, and there are rumors that Tom Holland may swing in as Spider-Man.

According to IndieWire, Hardy told the crowd at Brazil Comic Con earlier this year, “I give you my word of honor that I’m going to do everything that I can to deliver the best Venom that I possibly can muster.” Judging by this first teaser, it certainly seems like he’s intends to stay true to that promise.

From the second the action begins, there’s no doubt that the actor is putting everything he has into this antihero. “Everyone’s got their thing. Maybe it’s a break-up, a death, an accident. Whatever it is, you used to be one thing. Now, you’re something else,” he says in the short but thrilling clip. “We all have our own problems, our own issues, our own… demons.” Chills!

The one thing that’s missing from the Venom teaser is a shot of Venom himself, but we’ll see plenty of that when the movie hits theaters on October 5.

What do you think about the first Venom teaser trailer? Let us know @BritandCo!