I Tried a Hangover Cure That *Actually* Worked 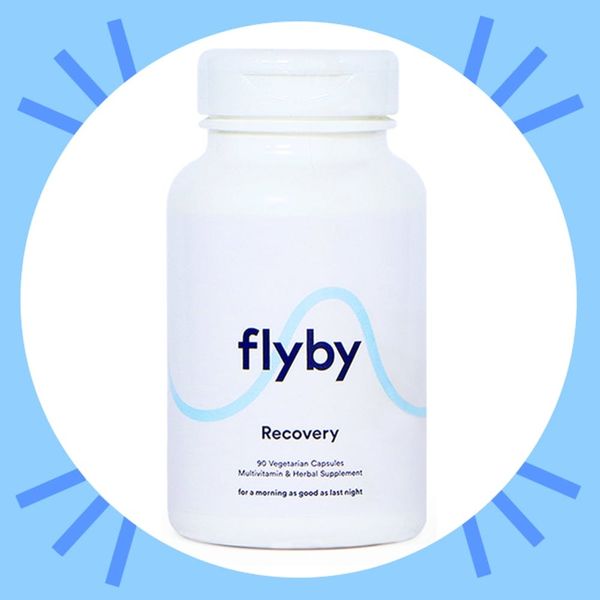 When they said that you could flyby hangovers with the help of a few supplement-laden capsules, I was sold. In preparation for the New Year’s festivities, I decided to try out the much-touted Flyby ($36 / 90 pills) in the hope of circumventing the inevitable hangover that comes with the annual tradition of bidding the year farewell with many overflowing glasses of Champagne.

Herbal supplements that are used to combat hangovers are not a new phenomenon. In Asia, curing your hangover with a few herbs before it starts is practically the standard. After all, a hangover is essentially a depletion of your body’s toxin-fighting capabilities. So why wouldn’t you prepare yourself by consuming a few extra vitamins and minerals to naturally boost your toxin-fighting abilities? Flyby’s CEO and founder Eddie Huai, 24, discovered this culture of hangover prevention after a raucous night in an all-you-can-drink izakaya, or Japanese pub, in Tokyo. Huai returned stateside enamored by the idea of formulating his own version of hangover-preventing herbal supplements. After working for over a year with a PhD to perfect the formula, Huai released Flyby. Unsurprisingly, it went viral with $1 million in sales in the first six months, which is about when I discovered the brand. For years I’ve had crippling hangovers; I was never one of those lucky folks who could drink ’til dawn and get up feeling okay to take on the day. In fact, often two glasses of wine will leave me feeling like a salted slug in the morning. Needless to say, the promise of a natural cure to my self-induced ailment got me rather excited, so I decided to try some.

My Scientific Approach To hangover cures

Because I wanted to conduct the most scientifically accurate test I could, to begin, I decided to do a benchmark trial followed by a test of the product. For both tests, I decided that five glasses of wine and a full, carb-laden dinner would be my constants. On the first try, I went unaided into the evening and when I awoke the next morning, I unsurprisingly felt worse for the wear. Trial number two I hoped would show different results. As I was preparing to ring in the new year, I took my first three pills. (Flyby recommends three pills with food before you drink and three right before you go to bed.) I then went out to celebrate in style and enjoy my five glasses of Champagne.

Admittedly, it was a struggle to remember to take the last three pills before I went to sleep. It requires some preparation and an alarm on your phone to ensure that you take the second dose of herbs. But I managed right before I tumbled into bed. When I got up the next morning, I was shocked at how early it was and how normal I felt. I didn’t feel 100 percent, but I was certainly able to do what I had to that day, and that for me is a miraculous improvement. Of course, there could be other reasons for my chipperness, but I suspect that Flyby played its part. At the end of the experiment, my only complaint is the size (they’re huge!) and the number of capsules required for an effect. About the size, Huai tells me, “We currently use six capsules because it allows us to create Flyby without any artificial fillers, colors, and preservatives you see in a lot of supplements.” While I can respect the desire to keep things all natural, I will say that if the pills could be taken in one dose rather than separated out into two, it would go a long way to make curing your hangover an even easier experience.

Have you tried Flyby? Tweet us and tell us about your experience!