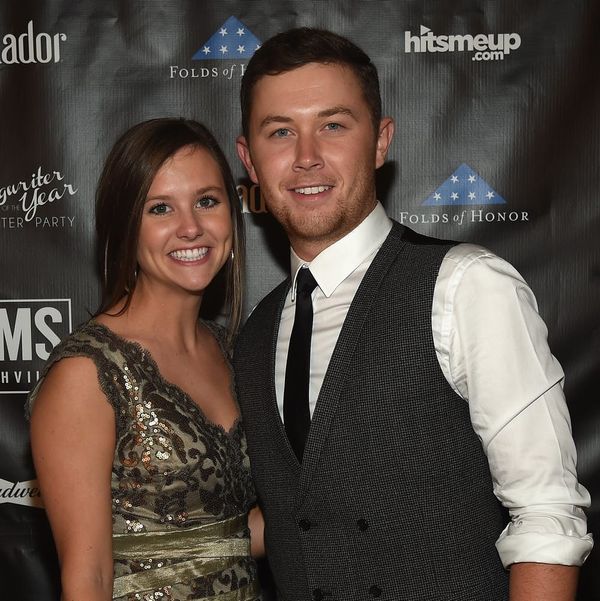 It’s been a good week for the American Idol family! On Monday, news broke that the show’s reboot had (finally) found its second judge, and now we’re hearing that former contestant Scotty McCreery is engaged to his girlfriend of six years, Gabi Dugal.

“I’ve been planning this moment for so long that it feels surreal for it to have finally happened,” 23-year-old McCreery said in a statement to People. “Gabi is the perfect girl and my true love, and I cannot wait to begin building our life together as husband and wife.”

The country singer — who won season 10 of American Idol in 2011 — proposed to Dugal while the two were on a hike in the mountains of North Carolina on Tuesday. As soon as they reached the top of the peak they were climbing, McCreery dropped to one knee, asked his love to marry him, and presented her with a ring that he himself helped to design.

The pair, who have known each other since kindergarten, have always had a connection. Dugal even claims she still has a childhood diary that contains an entry that marks the first time they met. She knows this because she scrawled “Mrs. Gabi McCreery” on the page, surrounded by hearts. Yeah, that’s adorable!

You may recognize Dugal from McCreery’s music videos for “The Trouble With Girls,” “Feelin’ It,” and “Five More Minutes.” He also devoted an entire chapter to their relationship in his 2016 memoir, Go Big or Go Home: The Journey Towards the Dream.

And now it looks as if they’re ready to write the next chapter of their love story when they marry next year.

Do you remember Scotty McCreery from his American Idol days? Let us know @BritandCo!

Desiree O
Desirée O is a ‘Professional Bohemian’ who loves anything and everything related to the arts, entertainment, and pop culture. She ADORES being a ‘Newsy’ for Brit + Co, covering all of the latest tidbits of awesomeness that you want to read about. When she’s not writing, she’s either making messy art, going on long adventurous walks with her camera, or poking around over at bohemianizm (http://www.bohemianizm.com/). You can find out about Desirée O and her work at http://DesireeO.com/ or follow her on Twitter @DesireeO.
Celebrity Couples
Celebrity News
Celebrity Couples Celebrity Engagement
More From Celebrity News