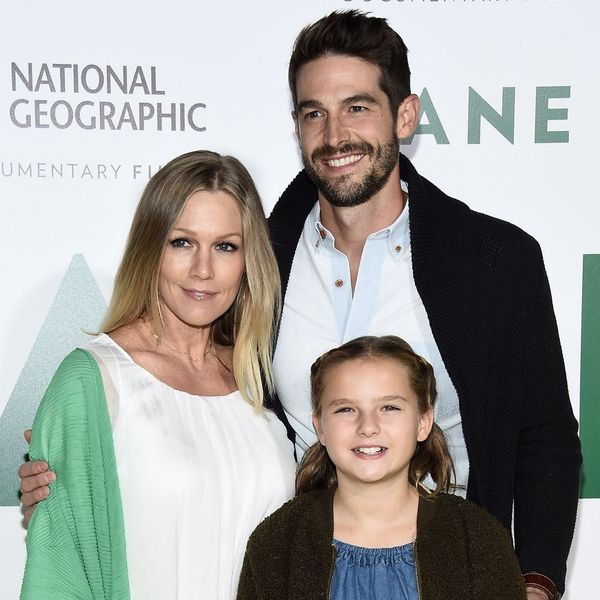 Back in July, Jennie Garth gave us hope (and a few surprising ideas) for a possible Beverly Hills, 90210 reboot. But now the actress is focusing on something more personal, as she and her husband, Dave Abrams, have decided to take some time apart while they work on their marriage.

A rep for Garth confirmed the news to Us Weekly but clarified that they are not legally separated and haven’t filed any official paperwork at this time.

Together since the fall of 2014, when they were set up on a blind date, the two apparently fell hard and fast for each other, becoming engaged by the following spring. After tying the knot in July 2015 at the Mystery Girls star’s Los Olivos, California, ranch home, they seemed to be settling happily into life as a new family. (Garth has three daughters, 20-year-old Luca, 14-year-old Lola, and 11-year-old Fiona, pictured above, from her previous marriage to Peter Facinelli.)

Garth herself hasn’t commented on the time apart from her husband, but she took to Instagram last week to post a hopeful message, writing, “Resilience means the capacity to recover quickly from difficulties. But it doesn’t mean we’ll never experience sadness. It proves we’re able to spring back into shape after struggle has pushed us further than we ever imagined we could go. Resilience allows us to overcome and bounce back from heartache stronger and more flexible than before. I am resilient. You are resilient. Thank you @clarinarina for the love #life #grateful.”

How do you stay resilient when times get tough? Let us know @BritandCo!