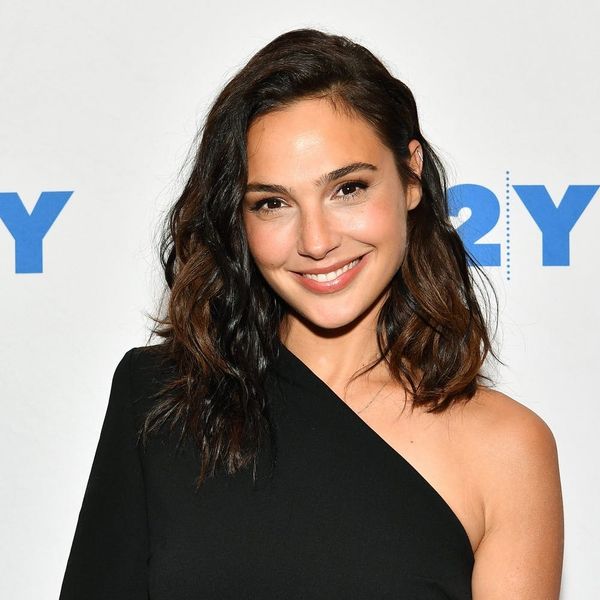 Gal Gadot already proved she’s a real-life superhero by filming parts of Wonder Woman while pregnant — and also by taking down body-shamers who would dare to come after her. But in case you needed more evidence of how wonderfully fierce she is, watch her unforgettable Saturday Night Live entrance.

Gadot is set to host SNL this Saturday, October 7, at 11:30pm ET on NBC. On Wednesday, the show released a promo for her debut — and it’s nothing short of heroic.

In the promo, some of SNL’s regular cast members are prepping on stage when Leslie Jones steps in to ask when Gadot is expected to arrive. As they wait, they ponder whether the actress is indeed like the on-screen Amazonian princess she plays.

Suddenly, bricks fly (along with one body) as Gadot bursts through the back wall and lands on the stage. Smiling sweetly, she simply says, “Hey, guys!”

Jones isn’t afraid to call her out, though, telling the stunner in red, “Gayle Ga-dot, you cannot do that! We have rules here!” (We have to wonder if those rules specifically say that bursting through walls is banned.)

Gadot quickly realizes her mistake, responding, “The door. I should’ve used the door. I’m so sorry.”

We’re sure she doesn’t have to worry, though. With a Wonder Woman sequel on the way, SNL is probably happy to have her drop in anytime — even if she destroys a few of their walls in the process.

What do you think about Gal Gadot’s Wonder Woman-worthy SNL promo? Let us know @BritandCo!