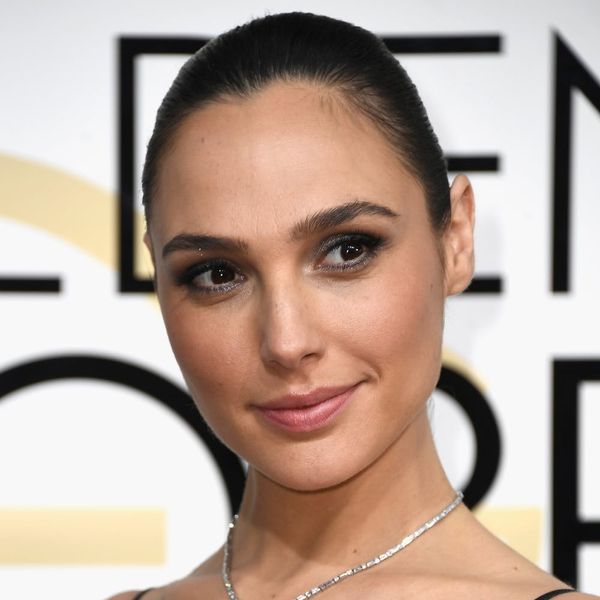 Since taking on her leading role in the record-breaking smash film Wonder Woman, Gal Gadot has been busy stealing our hearts with her humor (remember when she challenged Chris Hemsworth to a superhero duel?), unapologetic style, and badass baby name choices. But as her Marie Claire June cover story proves, the 32-year-old was a total boss babe long before she ever took on the role of Diana Prince.

For starters, not only did she film portions of her current film while preggers, but she did the same while shooting last year’s Batman v Superman. According to the mag, Gadot kept her pregnancy a secret from her coworkers because she didn’t want to be treated differently. “I gutted it out,” she revealed. “I started to come to set with sunglasses. I had this jug of water with huge pieces of ginger. One of the producers kept on asking, ‘Why are you drinking that potato water?’ They thought I’d gone Hollywood.”

When it came to working on this summer’s biggest blockbuster, however, Gadot wasn’t exactly able to keep her exciting news a secret, as her bump was clearly visible during reshoots. Though she donned a special version of her costume with a green screen belly, which would allow it to be swapped out in the editing room, the mom of two still gave it her all, once again refusing preferential treatment.

As director Patty Jenkins told Entertainment Weekly, “She’s pregnant during part of the movie, in a suit out in a field in the freezing cold in others. There are so many things we asked her to do: Now do it on one foot. Now shout while you’re doing it. Now it’s raining in the freezing cold and you’ve lost your voice, go. Every day it was a hilarious gauntlet and she would do it.”

While we’d have been none the wiser, the actress told Jimmy Fallon that she looked a bit… awkward in the original shots. “They cut this huge triangle… this green, Kermit triangle. So you see me do whatever, I’m being super tough and everything, and then I go to check playback… it starts super close and then it opens up… and then you see me super serious, but with a belly.” She also elaborated to Entertainment Weekly, quipping, “[Up] close I looked very much like Wonder Woman,” she said. “On wide shots I looked very funny, like Wonder Woman pregnant Kermit the Frog.”

What do you think of Gal’s repeated efforts to hide her pregnancy? Tweet us @BritandCo.