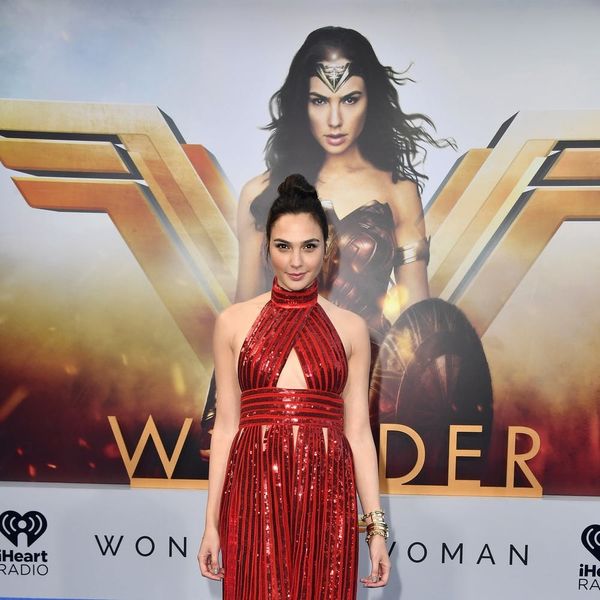 Gal Gadot is ready for whatever you want to throw at her. In a recent cover story for Rolling Stone, the star got real about her inspiration for Wonder Woman and expertly took down body-shamers who had a problem with how she filled the titular superhero’s boots — or rather, metal bustier.

Gal Gadot appears on our latest cover. You can read the story in full at RollingStone.com. The actress discusses her role as Wonder Woman, feminism and more. “The default should be that women get the job done,” she told us. “But there’s a long way to go and a lot of reprogramming that needs to be done to both genders.” Photograph by Peggy Sirota (@peggysirota)

The candid interview, which she teased on Instagram, proves why she was the perfect choice to play Diana Prince. When critics took to the internet to complain that she wasn’t busty enough for the role, she schooled them in what a true Amazonian warrior would have looked like and why her body shouldn’t really matter anyway.

“I told them, ‘Listen, if you want to be for real, then the Amazons, they had only one boob. Exactly one boob. So what are you talking about here? Me having small boobs and small ass? That will make all the difference,'” she recalled to Rolling Stone.

What did make a difference was Gadot’s vision for the character, which she and director Patty Jenkins worked tirelessly to perfect. “I didn’t want to play the cold-hearted warrior. We didn’t want to fall into the clichés,” Gadot said of how she and Jenkins crafted the story. Of the movie’s feminist message, she adds, “We didn’t want to treat the misogyny in a preaching way. We wanted to surprise the audience.”

Her family history also played a role in how she, well, played the role. Her grandfather — her mother’s father — survived the Holocaust but lost his entire family to the horrors of World War II, which is the setting of Wonder Woman’s origin story in the comics. His outlook on life shaped Gadot’s outlook and feelings about the character, who she says “stands for love and hope and acceptance and fighting evil.”

“He affected me a lot,” she says of her grandfather. “After all the horrors he’d seen, he was like this damaged bird, but he was always hopeful and positive and full of love. If I was raised in a place where these values were not so strong, things would be different. But it was very easy for me to relate to everything that Wonder Woman stands for.”

Will you check out Wonder Woman in this fall’s Justice League movie? Tell us @BritandCo.