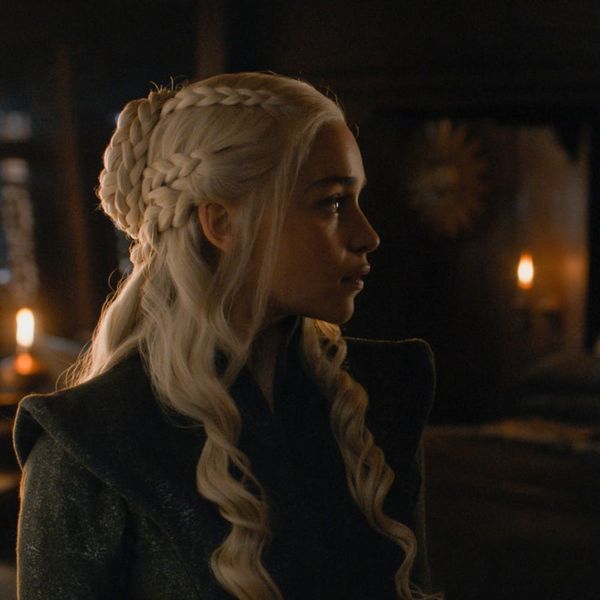 This is your official spoiler alert! Major spoilers for the Game of Thrones season seven finale are below.

The second-to-last GoT season was a wild one. The day the season premiered, fans were so excited to head back to Westeros that they crashed HBO’s website. And just last week, they were having such a hard time dealing with the intense penultimate episode that they were lamenting the finale before it even aired. Now that it’s over, there’s plenty to think and talk about until season eight arrives, but there’s one scene in particular that has everyone buzzing.

Okay, we warned you about spoilers, so you have no one to blame but yourself if you read this next line and we ruin it for you: On the GoT season seven finale, Jon Snow and Daenerys Targaryen totally hooked up. That’s right: After a season of building tensions, they finally did the dang thing on the boat, and while some fans were screaming in excitement, there was also a fair amount confusion, because, well — it was confirmed by Bran that the two are definitely, for sure, related as aunt and nephew.

#GameOfThrones
Half of the GoT fandom:"But they're aunt and nephew!!!"
Other half: pic.twitter.com/GCIAPLzMhP

When youve been waiting for Dany&Jon to get together and it finally happens-as Bran narrates the story of how theyre related. #GameOfThrones pic.twitter.com/ayxwY3EKpY

Me trying to figure out if I should be happy or disgusted with what I just saw Jon and Dany doing on that boat #GameOfThrones pic.twitter.com/5uItuShi13

When you try to act grossed out that Jon and Dany are getting together…but secretly you're super happy. #GameOfThonesfinale #GameOfThones pic.twitter.com/yoZGUeneV4

Some pointed out that Bran, who was revealed earlier in the season to be the Three-Eyed Raven and could see everything that happened in his absence, probably had another awkward conversation about this in his future.

Next season Bran to Jon: "I saw you that night with Dany. You guys looked so beautiful. Btw you're her nephew" #GameOfThrones pic.twitter.com/lh9BhBwjyv

bran the absolute madman is watching jon and dany get it on and is gonna send a raven with info on jon's heritage 5 min after they're done pic.twitter.com/oYxJNSu8Ta

But ultimately, some fans decided to embrace the pairing without shame.

I have no shame in shipping Jon and Dany!! #GAMEOFTHRONES pic.twitter.com/VSwptSP6Aq

Yes I know that Jon is Dany's nephew. Yes I'm still down for them doing their thang. 🤷🏻‍♀️ #GameOfThrones

It’s definitely a scene we won’t be able to stop thinking or talking about for a long time — which, it turns out, is a good thing, because season eight *might* not be on TV until 2019.

What did you think of the Game of Thrones season seven finale? Let us know @BritandCo!