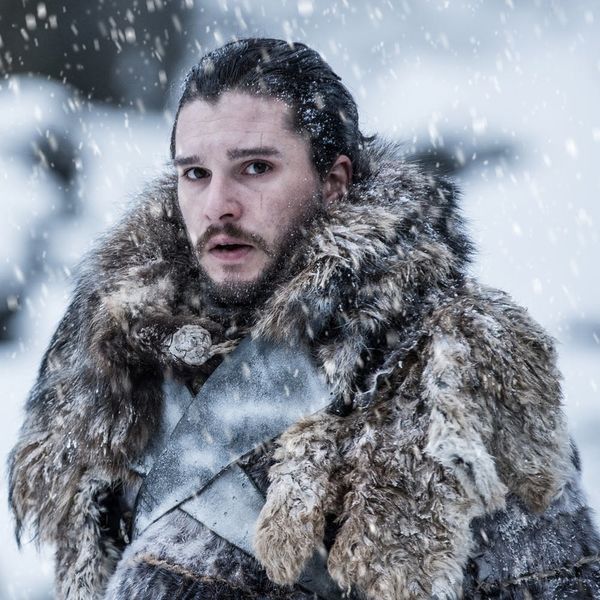 Game of Thrones is down to its final seven episodes. Next season (the shortest yet, with just six episodes) will be the show’s last, and while there’s still one installment left in the current seventh season, people already can’t deal with the fact that it’s coming to a close.

This year saw a surprising shift in the way the show depicts women, a divisive Ed Sheeran cameo, an awkward-AF Stark family reunion, and, of course, endless fan theories to go along with all of it. It’s clear from Twitter that many viewers are still trying to get over what happened on the penultimate episode of the season, and the looming finale is not helping.

Why is next week the season finale of #GameOfThrones ?!?! I CAN'T DEAL WITH THIS! #ThronesYall #DemThrones pic.twitter.com/o15YQzZnxR

Others are behind on episodes, making it even more difficult for them to come to terms with the timeline.

Some are getting nervous just watching the trailer for the finale (same, TBH).

I can't even with the game of thrones finale trailer, too much anxiety

Wtf is the season finale next week? Only one more episode??! I can't even deal. We need more!!!! #GameOfThrones

One fan suggested a 10-week-long finale, which, honestly, we could get on board for.

Omg. This episode is over already and I can't even. This season finale needs to be 10 weeks long. 😂#DemThrones #GameOfThrones

Although, that might be a bit much for those who are sick with anticipation.

Okay so like. I'm sick. Game of Thrones literally has me…SICK. I can't even fathom what the season finale is gonna bring.

Not even the Lord of Light can help us now.

Even the Lord of Light won't be able to bring me back from #GOT7x06! Can't wait for @GameOfThrones season finale. 🙈😶

No premiere date has been set for the final six episodes, but in a recent interview with Collider, Nikolaj Coster-Waldau (AKA Jaime Lannister) said they go back to set in October and will hopefully have scripts in hand in the coming weeks. If that’s the case, we can hopefully look forward to a 2018 air date.

In the meantime, when it feels like you just can’t deal with the end being near, we suggest channeling your feelings into DIYing the most epic GoT group costume. Winter is coming, after all.

Are you excited for the Game of Thrones season seven finale? Let us know @BritandCo!

(Photo via Helen Sloan/courtesy of HBO)