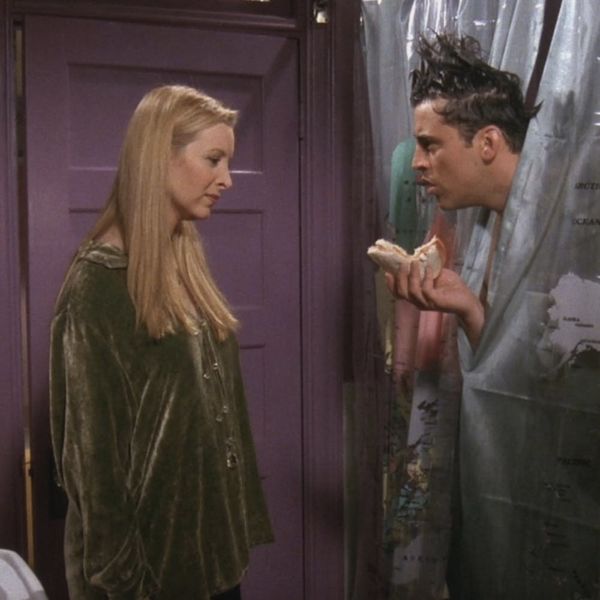 Ah, committed relationships. They do come with their fair share of challenges, don’t they? It’s normal for couples to have squabbles over who gets control of the remote or full-blown arguments about serious issues regarding trust and personal values, but one thing nobody should ever have to worry about is whether or not they can hang out with their friends, even if their friends are (gasp!) someone of another gender.

Vice President Mike Pence, of all people, shoved this issue into the national spotlight when he made comments about never having meals alone with anyone other than his wife. All over social media people were seriously asking why someone in a couple would ever hang out alone with someone of the “opposite” sex. The answer: because they’re friends, dang it! Friends are allowed to spend time together alone if they want to! Can’t they?

In order to answer that question, we have to ask another: Can people be “just friends” with the gender they’re attracted to?

Seriously what's the appropriate reason for a married person to go out for a meal alone with a member of the other sex (outside of family)?

“I’d feel better if my husband spent more time alone with other women.” Not a sentiment I’ve ever heard from any wife anywhere.

Responses to Pence’s remark prove there are a lot of people who would say that the answer to that question is “oh heck no.”

On Twitter, a whole bunch of people have expressed their view that married or otherwise coupled people shouldn’t eat alone with someone they could theoretically, potentially, be attracted to. But in our everyday lives, as well as on the big and small screens, we see plenty of perfect counter-examples to the idea that people in a couple can’t be friends with someone of a gender they’re attracted to.

Think about it: There’s Leslie and Ron in Parks and Recreation, who are super close without ever wanting more. Liz Lemon and Jack Donaghy from 30 Rock stay best friends, even when Jack’s girlfriend, Avery Jessup, objects. And, of course, there’s Phoebe and Joey from friends, who never had a thing despite all the hookups in the group.

There’s a reason real AND even fictional straight people have friends of other genders: It’s totally normal and healthy. In fact, restricting the kinds of friends people have — and making rules about how they can spend time together — can be unhealthy.

“It’s not good [for couples] to be in an isolating bubble together,” NYC-based couples therapist and author of The Complete Marriage Counselor Sherry Amatenstein, LCSW tells Brit + Co. In fact, having friends of another gender can be a good thing for relationships: “It’s healthy to have other perspectives to draw from that you can bring back to your partner,” Amatenstein says.

What’s more, if a person in a relationship doesn’t want their partner to see friends of the gender they’re attracted to, it can definitely be a red flag. Amatenstein tells us, “There is often fear underneath a hard and fast rule… fear of what your partner might discover he or she is missing [out on] and/or fear of what you will discover if you let other people into your sphere.”

But of course, it’s important that partners communicate and respect each other’s expectations. “It needs to be clear that your partner is your priority,” Amatenstein tells us, and “there should be an understanding about boundaries.” For example, if it would make your partner uncomfortable for you to be alone watching a romantic movie in the dark with your friend, that’s something to keep in mind.

It’s also important that the rules work for both people, and not just one person in the couple. “You should have general rules that work for the two of you but hopefully you are willing to discuss and sometimes make exceptions for specific situations,” Amatenstein advises.

Amatenstein also has some advice for people whose close friendships trigger jealousy in their partners. “If you find yourself spending so much time with your friend that your usually non-jealous partner is concerned, then ask yourself if you need to step away from the solo time with your friend,” she says. It all comes down to respect.

The main point is that there’s nothing inherently wrong with having friends of any gender, or spending alone time with them. Contrary to some apparently popular opinions, not all friends are out to get one another naked and in bed, but just want to, you know, have time alone with their friend. A totally reasonable desire.

So go on ahead, coupled people of the world. Have all kinds of friends! Hang out with them alone! Do whatever you need to be happy as a person and to keep your relationship healthy.

Do you have thoughts about people in relationships having BFFs of different genders? Tell us about it on Twitter @BritandCo.

From Your Site Articles
Elizabeth King
Elizabeth King is a politics, history, and culture writer based in the Twin Cities. She is generally pretty cranky but still enjoys traveling, music from the early 2000's, and plotting the resistance. Feel free to say hi on Twitter at @ekingc or check out some of her work at www.elizabethcking.com.
love
Entertainment
love