George W. Bush Reveals the Deets About His Friendship With Michelle Obama 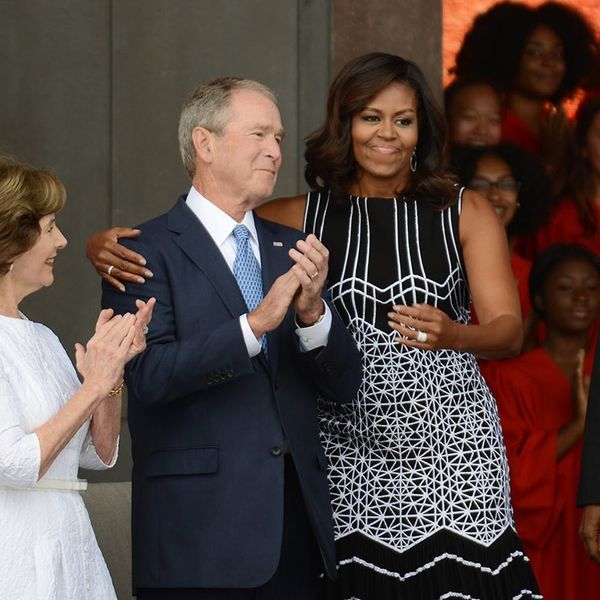 Michelle Obama is undeniably an inspiration to many, with some even claiming she changed the course of American history. And while plenty of people would surely love to be able to call her a friend, one person who is lucky enough to do so is former President George W. Bush, and he’s just revealed the deets behind their unexpected yet endearing friendship.

While promoting his first book of art featuring his very own paintings titled Portraits of Courage: A Commander in Chief’s Tribute to America’s Warriors, George W. Bush spoke to People about his relationship with the former FLOTUS, saying, “She kind of likes my sense of humor. Anybody who likes my sense of humor, I immediately like. I can’t remember where else I’ve sat next to her, but I probably have a few wise cracks and she seemed to like it okay.”

He added, “I needle her a little bit and around her, I’m fairly lighthearted. [The Obamas] are around serious people all the time and we just took to each other. When I saw her, it was a genuine expression of affection.”

Sounds like an interesting friendship, even if it is surrounded by layers of politics.

What do you think about George W. Bush and Michelle Obama’s friendship? Let us know @BritandCo!