As It Turns Out, Giving Actually Does Make You Feel Good 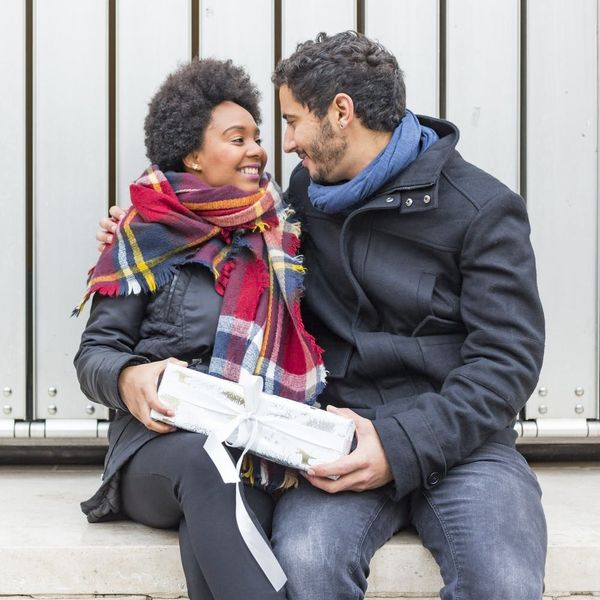 We all spent the couple months (or, err, the last couple weeks?) poring over websites and sifting through store racks looking for the perfect gifts for our friends, family, S.O., and coworkers. As the holiday season comes to a close, it’s easy to feel relieved — Thank goodness that’s finally over! — but if you take a step back, you may realize you’re also feeling something else entirely: happiness. In keeping with the old adage “It’s better to give than to receive,” studies have shown that giving to others contributes to one’s owns personal happiness.

For example, a Swiss study published this summer in Nature Communications found a neural link between generosity and happiness. In the study, 50 subjects were told they would be gifted $100. Half of the participants were asked to spend the money on themselves, while the other half were asked to spend the money on someone they knew. Those who committed to spending money on others had an increased interaction between the portions of the brain associated with generosity and happiness, and self-reported higher levels of happiness after the experiment’s conclusion than those who committed to spending money on themselves. Interestingly, these boosted levels of happiness for the select participants were the same regardless of how generous they chose to be; for example, whether they said they’d spend $10 of their $100 on a friend or all $100.

The main takeaway from this study is that merely considering being generous has enough of an effect on the brain to reinforce altruism and bring people happiness. But you’re not totally off the hook for buying Galentine’s Day gifts — actually being generous is ultimately more effective.

Todd Horton, the founder of KangoGift, an employee recognition company dedicated to helping employees give appropriate and timely praise to one another within the workplace, spoke with us about the importance of acted-upon generosity. Based on the observations he’s made on over 100,000 employee recognition moments, he’s come to find that “people who give feel happier.” This phenomenon can be attributed to the bond that’s formed between the giver and the recipient. Horton sites giving a gift to a coworker to thank them for their help with a project as an example of this bond formation, and as the aforementioned study suggests, this hypothetical gift doesn’t necessarily need to be grandiose — perhaps just a cup of joe.

Not only is giving a gift or praise crucial for personal fulfillment, but it also establishes a greater sense of community for those involved. And this desire for community is innate and universal. “We know people enjoy feeling part of a community that has a shared goal or mission,” Horton explains.

Horton is a proponent of giving and giving often. Echoing the findings of studies that have come before, Horton sees the value in giving frequently rather than at seemingly favorable moments because this leads to even higher levels of fulfillment. “In practical terms, this means living one’s values and making it a habit to give a little bit on a frequent basis,” Horton says.

So, even though the holidays are over, you may want to consider keeping up the spirit of giving.

Do you think it’s better to give than to receive? Tweet us @BritandCo!

Annamarie Higley
Annamarie is a Californian who's been plopped in the middle of Missouri for her undergraduate studies in magazine journalism. She's a hiker, an eater, a lover of words. In her opinion, nothing beats a well-made breakfast sammy or a well-crafted sentence.
Adulting
Relationships
Adulting Gifts Self study
More From Relationships