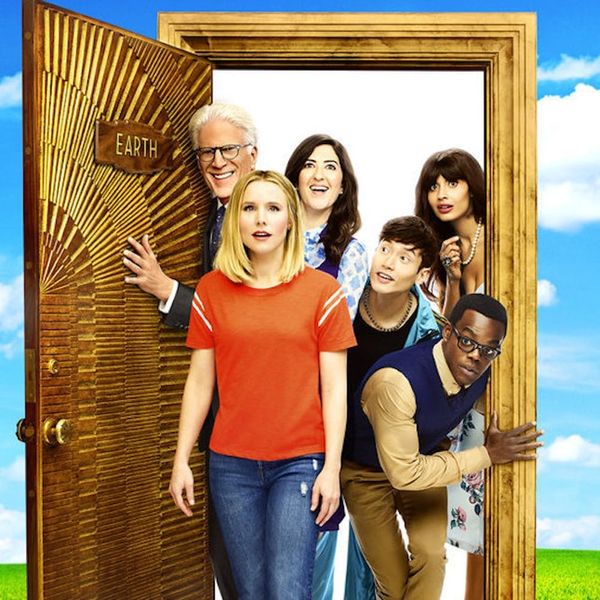 The one-hour season 3 premiere of The Good Place will air on Thursday, September 27, and in the first sneak peek of the upcoming season, we get a look at what our favorite characters are doing with their second chances to be good people.

Both seasons 1 and 2 of the hit NBC comedy ended on unexpected twists, so it’s no surprise that season 3 has something totally new in store too: It will take place back on Earth.

The season 2 finale saw Eleanor (Kristen Bell), Chidi (William Jackson Harper), Jason (Manny Jacinto), and Tahani (Jameela Jamil) desperate to reverse their Bad Place fates. Their reformed Bad Place architect, Michael (Ted Danson), convinced Judge Jen (Maya Rudolph) to give them a second chance, and now, in the first few minutes of season 3, we see him heading to Earth to attempt to set each of them on paths that will lead to a permanent spot in the Good Place.

We have a sneaking suspicion, though, that as Michael talks to the doorman to Earth, he’s gathering information for himself, too. We wouldn’t be surprised to see him making trips back to Earth out of his own curiosity.

The afterlife comedy follows a group of (mostly) well-meaning misfits who have died and are trying to get into the show’s version of heaven — the Good Place. Of course, flawed as they are, that’s easier said than done, and season 3 will no doubt throw even more twists into the mix.

Season 3 premieres on NBC on Thursday, September 27, at 8pm ET/PT, then moves to its regular time slot of 8:30pm ET/PT on Thursday, October 4.

Are you excited for season 3 of The Good Place? Let us know @BritandCo!