Grace and Frankie’s Season 4 Trailer Gives Us a Baby, an Open Relationship, and Lisa Kudrow! 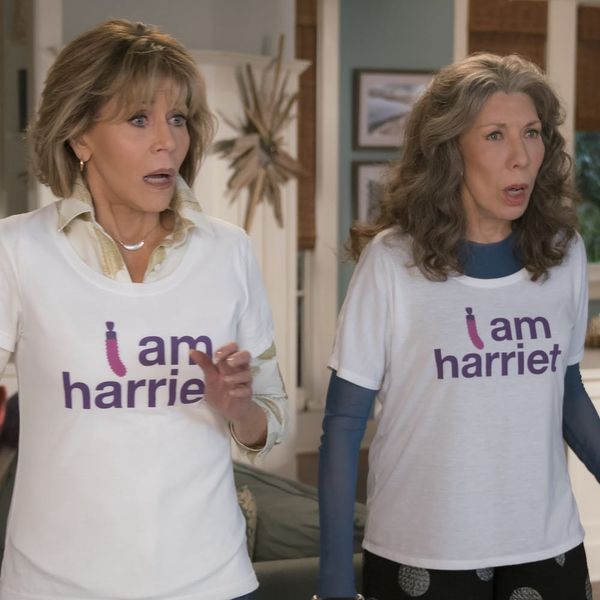 With the premiere date for season 4 of Grace and Frankie less than a month away now, we’re getting our first glimpse at the fun in a new trailer, and we’re more excited than ever to get back into the swing of things with a new baby, an open marriage, and a cameo from one of our favorite Friends alums.

The series, which stars Jane Fonda and Lily Tomlin as two women brought together after their husbands (played by Martin Sheen and Sam Waterston) leave their wives for each other, has earned millions of loyal fans throughout its first three seasons, and if the fourth is as good as it looks, the series will be bringing on more happy viewers with each new episode.

This time around, the ladies are continuing to navigate the dating scene (with the help of HippieRoundUp.com), while also dealing with some water damage (in that their bathtub falls through the floor!) and the birth of a new grandchild.

Their exes, Sol and Robert, have their own issues to contend with and decide to try an open marriage in order to sort themselves out. Of course, this doesn’t go as smoothly as planned — but that’s why the show is so fun.

Well, that, and cameos from people like Friends star Lisa Kudrow. Hopping onto the scene as Grace’s nail artist, Sheree, Kudrow definitely brings her own brand of quirkiness to the cast, even if she is just showing up for a short stint. And she sums up what we love most about the show when she asks the unlikely BFFs, “Do you two know how lucky you are to have each other?”

Be sure to catch all the Grace and Frankie fun when the fourth season premieres on Netflix on January 19.

Are you excited for the return of Grace and Frankie? Let us know @BritandCo!