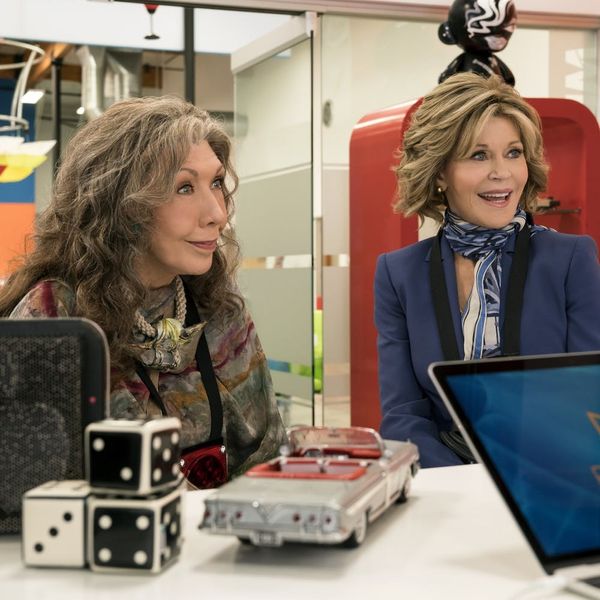 Great news for Grace and Frankie fans! The Netflix comedy, which stars Jane Fonda and Lily Tomlin, has just been given a premiere date for season four. Get ready for more silly situations and belly-laughs when the show returns to Netflix on January 19.

If you haven’t hopped onboard the Grace and Frankie bandwagon, now would be a great time to catch up on the first three seasons. The series, which has legions of loyal fans, features Fonda and Tomlin as two women who form an unlikely (and hilarious) bond after their husbands (played by Martin Sheen and Sam Waterston) come out as gay and leave their wives for each other.

The first three seasons threw quite a lot at the ladies, and there’s still more to come. Showrunner and series creator Marta Kauffman opened up about what’s next for the duo during an ATX Television Festival panel in June. Grace and Frankie will be “coming to terms with age, coming to terms with how old they are, where their bodies are at this point, where their minds are at this point and what does that imply, what does that mean?” Kauffman said, according to Deadline.

While it definitely sounds like the pair have a lot of soul-searching to do in the upcoming episodes, they’ll also be serving up plenty of LOL-worthy moments, as evidenced by the promo announcing the new premiere date.

The show’s Twitter account shared the video along with the message, “Don’t mess with the best.” And judging by fan responses to the tweet, the new season can’t come soon enough.

One fan responded by saying, “I can’t wait! Lily Tomlin & Jane Fonda (& Martin Sheen & Sam Waterston) are delightful. Amazing- if you *don’t* treat experienced actresses as nothing but tv grandmas, if you give them lives, personalities, & motivations, their talent shines and they produce beautiful stories.” To which they received a virtual high-five from the people behind the scenes.

Be sure to catch more of Grace and Frankie when the fourth season premieres globally on Netflix January 19.

Are you excited for season four of Grace and Frankie? Let us know @BritandCo!