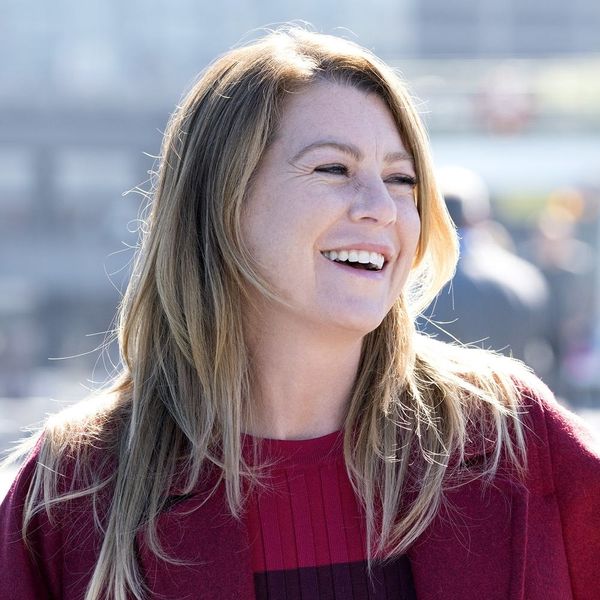 Grey’s Anatomy has given us so much over the past decade-plus. Now in it’s 14th season, it’s the longest-running scripted primetime show currently on ABC, and against all odds, it remains a Thursday-night appointment-viewing TV staple — an increasing rarity in the age of anthologies, mini-series, and binge watching.

Tonight marks the show’s 300th episode — 300! Let that sink in! — and there’s a pretty special story lined up to celebrate the occasion. Some of the show’s cast and crew, including its creator, Shonda Rhimes, spoke with Variety about what to expect, as well as some of the most memorable moments along the way, from the very beginning of the series to the present — and even the future. Here are our favorite tidbits.

1.Episode 300 will be FULL of easter eggs. The 300th episode will be a reunion of sorts, with the current hospital staff facing patients who will look like doppelgängers of now-departed characters. While there’s been no word whether *actual* familiar-looking guest stars will appear, we do know the show has a pretty good track record for cameos. Executive producer Krista Vernoff says she hopes the familiar-ish faces bring some closure for longtime viewers, and also promises lots of other hidden gems for diehards to uncover.

2. It’s named after the final song in Hamilton. In the oral history, we learn that the 300th episode is titled “Who Lives, Who Dies, Who Tells Your Story.” Any Grey’s fan knows that every episode title is taken from a song name, and this one, it turns out, is the final song in the hit musical Hamilton. We’re getting emotional just thinking about it.

3. The show had some fierce, if subtle, feminist beginnings. It’s no secret that Grey’s is all about its strong, complicated, and, well, real female characters, and Rhimes says that was exactly the point. “I was also really wanting to watch a show where women behave like women I knew, like they weren’t all nice and nobody was someone’s wife or girlfriend, they were the main character,” she says. Executive producer Betsy Beers adds that they weren’t looking to make a statement — they just wanted to be authentic. “There wasn’t anything on television … that really depicted who we were, which were strong, complicated women who really, really loved our jobs and weren’t terrified to compete with our friends, and had messy, screwy relationships. I think it came from a place of, ‘this feels real and true to us.’”

4. The actors who play doctors on the show think they can solve medical problems in real life now. Actor Kevin McKidd, who plays Dr. Owen Hunt, admits that the medical environment definitely got to his head. “I definitely self-diagnosed myself with a couple things,” he admits. “I went ‘Wow, I actually knew what that was.’ But I wouldn’t trust my medical opinion on anything. If you have anything that’s going on, I wouldn’t trust me.” His costar Camilla Luddington, who plays Dr. Jo Wilson, says she felt a little too confident in her on-screen medical skills during her recent IRL pregnancy. “I would diagnose myself all the time,” she says. “I was like, ‘No, the doctors are wrong! I’m on ‘Grey’s Anatomy!'”

5. Even the pros get a little starstruck. Luddington also admits that when she joined the show in the ninth season, she found it difficult to keep her cool around her faves. “I was one of those massive fangirls that was genuinely obsessed with McDreamy and Meredith being together,” she says (um, same), admitting she’s also a big fan of Kate Walsh (who played Dr. Addison Montgomery) as well as — of course — Chandra Wilson. “It took a long time to get accustomed [to being on the show] because I would geek out just all the time. I was like, ‘I’m in a scene with Bailey, oh my god and she’s yelling at me!’ It’s very surreal being on a show that you’ve been a big fan of before.”

With the upcoming Grey’s spinoff, do fans have to worry that the show could be nearing its end? It doesn’t sound like it. “Ellen [Pompeo] and I have a pact: As long as the two of us want to do it and as long as we both feel creative while doing it [we’ll do it],”Rhimes said. “My vision for it is that as long as there’s good story to tell, I’m in.”

Are you excited for Grey’s Anatomy’s 300th episode? Let us know @BritandCo!