The ‘Grey’s Anatomy’ Firefighter Spinoff Finally Has a Title 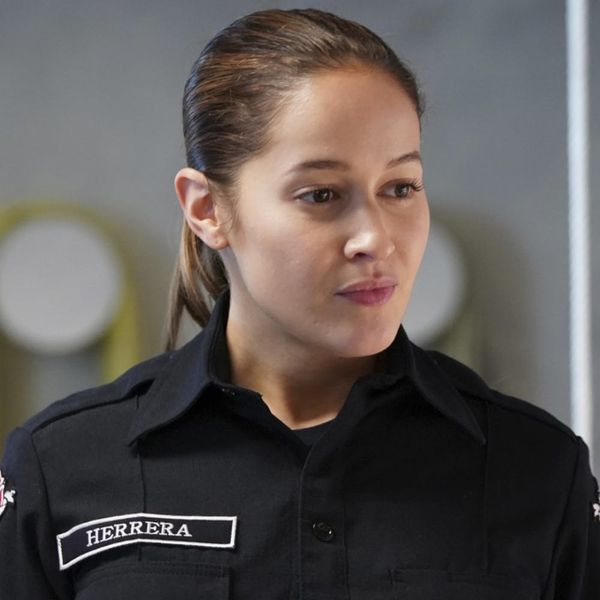 ABC has given us quite a bit of info about the upcoming Grey’s Anatomy firefighter spinoff — plus some pretty awesome photos from the show — but one thing they hadn’t shared, until now, was the title. Today, the series’ name was finally revealed. And no, it’s not Blaze Anatomy.

Get ready for the fiery drama and sizzling stories of Station 19!

Executive producer Paris Barclay shared the big news via social media, tweeting, “Welcome all of them to @STATION19 #greysanatomy spin-off”

Welcome all of them to @STATION19 #greysanatomy spin-off https://t.co/KOU38BU0t8

Presumably taken from the name of the Seattle firehouse where the team is based, the title should help to distinguish the show from others with a seemingly similar premise, such as Chicago Fire.

According to Station 19‘s official Twitter account, activated today, the trailer for the spinoff will debut during next week’s TGIT lineup.

Please welcome the new Grey’s Anatomy Spinoff: Station 19 to the #TGIT family! Catch the World Premiere of the #Station19 Trailer next #TGIT in #GreysAnatomy! pic.twitter.com/H1fjHrEylV

Jaina Lee Ortiz, who plays firefighter Andy Herrera, celebrated the big news on her own account, sharing a Boomerang of herself and her fellow cast members doing some movin’ and groovin’ on top of a truck with their station’s number lit up behind them. “Happy Dance! WE HAVE A TITLE!” she tweeted, noting the show’s March 22 premiere date.

Danielle Savre posted about it, too, along with a photo of the cast in their firefighter gear.

WE HAVA A TITLE!!! @Station19 March 22nd on @ABCNetwork pic.twitter.com/lxR9ZOuoMH

Though fans are likely pleased to have a name for their (fingers crossed) new favorite show, cast member Jason George hasn’t been too worried about the lack of a title. In fact, he thinks the delay may have helped to boost the project’s connection to its sister series. “Right now everybody just refers to us as the Grey’s Anatomy spinoff, which is perfect because it helps remind everybody that we live in the same universe as Grey’s Anatomy,” he told E! News just a couple of weeks ago. “And I’m a fan of the show, as well as having been on it, so I’m happy about that.”

We can’t wait to see what kind of heat Station 19 brings to the screen when it premieres March 22 at 9pm on ABC.

What do you think about the name of the new Grey’s Anatomy firefighter spinoff? Let us know @BritandCo!