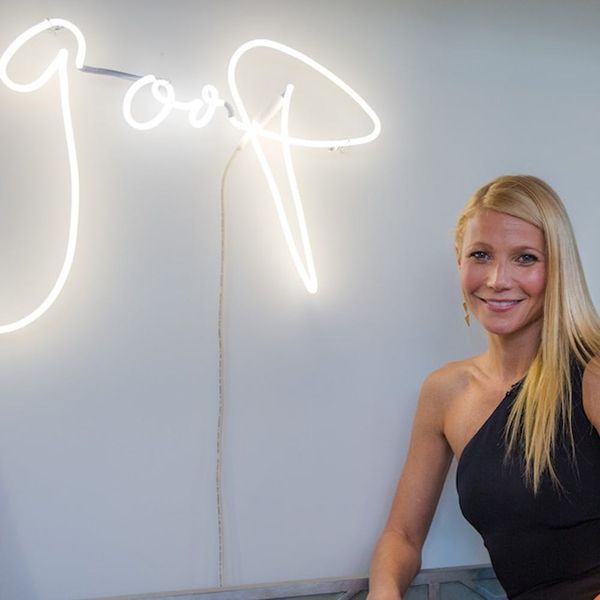 Ever wondered how you can possibly eat like Gwyneth Paltrow? It’s not like you can just stop by your local grocery store and pick up Vanilla Mushroom Protein (unless your local store is Moon Juice). But that could soon be changing, because the Goop founder is extending her brand of impeccably chic, healthy living with an all-new, bigger café.

Paltrow is teaming up with fitness guru to the stars Tracy Anderson (who trains stars such as the Harry Styles-loving Jennifer Lopez and Madonna), as well as Maria Baum, CEO of Tracy Anderson, to bring their café, 3 Green Hearts, to midtown New York City.

The restaurant began as a pop-up at Anderson’s Hamptons studio in 2015 and has been open every summer since. Then, last year, the trio opened its first Manhattan location inside the Tracy Anderson Studio at 271 Church Street.

Fresh & Tasty || next time you are in the mood for a happy hour beverage, think twice about what you mix with. Fresh, organic juice is always the way to go 🍊🍋🍐🍍

On March 1, the café will open the doors at its new locale, 241 East 59th Street, just inside of Anderson’s upcoming 6000-square foot fitness emporium that’s converted from an old movie theater. Lucky for us, the café is open to the public, because membership at Tracy’s gym is $900 a month, though it does give you unlimited Tracy Anderson Method classes, retail discounts, and access to member’s-only events.

According to Eater NY, unlike the Church street location, this café will actually have a kitchen and sell smoothies, “raw green noodle heaven,” frosting shots (that are healthy, of course!), and “chopper power salads.” And with the new location launch, the Church street store will also be expanding their menu to provide the same items.

And that’s not all: The new spot will also offer a meal program for pick-up and local delivery, and will even have its own selfie room (because, of course).

So, who’s up for a trip to 3 Green Hearts? Tweet us @BritandCo!

Channing Hargrove
Channing Hargrove is a freelance fashion editor and writer in New York City. When she isn’t writing about clothing (or shopping, for research, of course), Channing is writing about life in a tiny studio apartment in a big city — and what she’s wearing — on her blog, Channing in the City.
Gwyneth Paltrow
Celebrity News
Gwyneth Paltrow
More From Celebrity News