5 Fitness Trends That Will Get You Fired Up in 2017 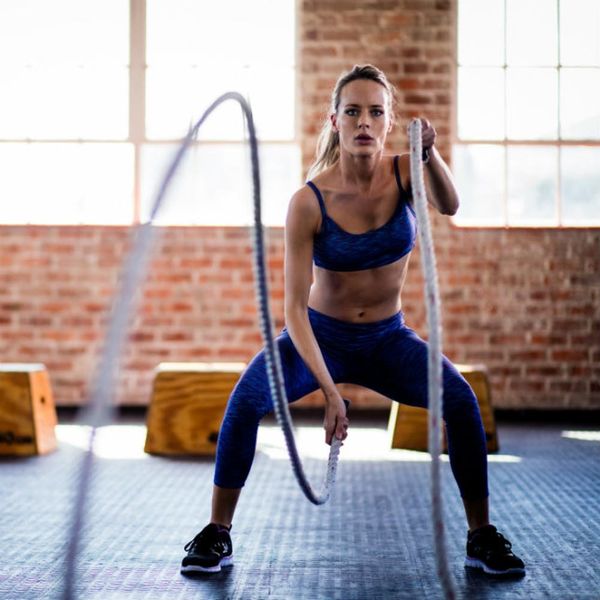 While there were alwaysworkout trends (remember those amazing Jane Fonda videos?), people’s obsession with the hot new way to sweat it out has risen to new levels over the past few years. SoulCycle seems like a standby fave, but what’s popular in the world of workouts changes a lot from year to year and it can be tough to keep up. Plus, there’s always new research coming out about which workouts are most effective and have the greatest health benefits. To find out what’s going to be a hot fitness trend for the year to come, we chatted with two major fitness authorities: MINDBODY and ClassPass.

1. Boxing Studios: In 2016, ClassPass saw a 40 percent increase in boxing studios available on their site, as well as an 89 percent increase in the total number of boxing classes offered over the course of the year. Those are some pretty big numbers, but since boxing is a workout that offers strength, cardio and agility training, it makes a lot of sense. Some proponents would even argue that it can help blow off steam and improve mental health. After all, punching a big, heavy bag (and picturing the face of your sworn enemy) can certainly release some tension. For a beginner-friendly studio, check out ShadowBox in NYC or hit up the wildly popular 9Round boxing gym.

2. Virtual Reality: Since VR is such a big deal in the tech world, it’s easy to understand why it’s working its way into other industries too. “We”re seeing a growing number of our fitness studio clients add a virtual reality aspect to more traditional workouts,” explains MINDBODY. “With advances in technology, fitness studios can create an immersive workout experience for their clients. For example, a rowing studio with audio and visual effects that make you feel like you’re racing through the water, or a spin class in which your personal avatar directly simulates your bike movement on a screen as you power through a virtual mountain range.” Pretty cool, right? One of the standout studios in this category is IMAXShift in Brooklyn, where you do your spin class under an IMAX screen.

3. On-Demand and Streaming Fitness: You can watch Netflix anytime, so why shouldn’t you be able to work out whenever you want too? On-demand fitness classes are a growing trend and are sure to increase in 2017, according to MINDBODY. “Several fitness studios allow people to book fitness classes and appointments online and through mobile apps so they can get a workout in anywhere and anytime but still have that connection to the teachers and studios they love. It’s all about giving people with increasingly busy and mobile lives a way to access fitness their way,” MINDBODY says. Plus, an on-demand option allows fitness enthusiasts who live far away from the hubs of NYC and LA to have access to buzzy workouts. DanceBody, a dance cardio class based in NYC, recently launched an on-demand service that is totally killing it.

It’s a rise and grind kind of Saturday 💪

4. Cycling: Of course, spinning and cycling have been around forevs, but according to ClassPass, this trend shows no signs of slowing down. “Cycling has been on the rise all of 2016. It started the year at 19 percent of reservations and topped 21 percent of reservations this fall,” they tell us. Considering all the zillions of types of classes available, the fact that cycling takes up 20 percent of all reservations is seriously impressive. With Flywheel and SoulCycle studios in many major cities across the country, as well as awesome local options in smaller towns, this is one of the most accessible fitness trends out there, which makes us really happy to see it continue.

5. Studios That Focus on Overall Wellness: This year, you’re probably going to see a bunch of non-traditional wellness studios open, and that’s all thanks to the fitness industry. In fact, you may have noticed some of them already. “Meditation is becoming increasingly popular in a group setting, with studios popping up all over the country, allowing people to come in and have that dedicated time in a quiet space,” says MINDBODY. Unplug Meditation in LA was one of the first of these studios to open, and it seems likely that there will soon be many more. Another micro-trend within this space is infrared sauna studios like HigherDose in NYC, which claims to help you “get high naturally.” Not, like, actually high, though. The main benefits of infrared light are relaxation, better skin and, according to some research, pain relief.

What do you think the biggest fitness trend of 2017 will be? Share your predictions with us @BritandCo!