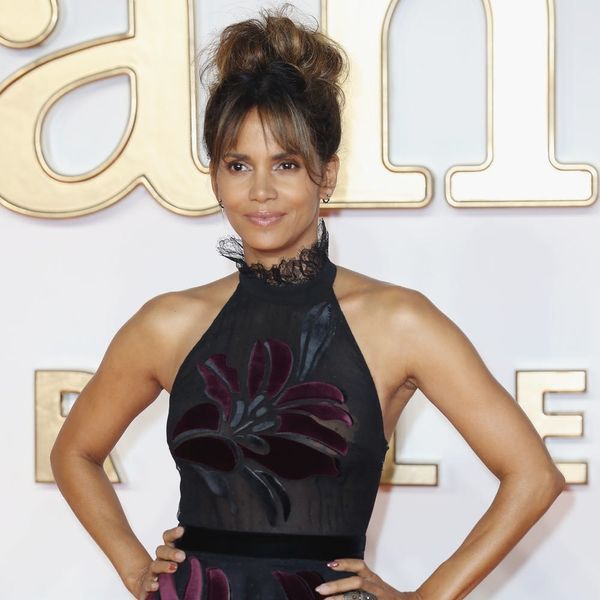 Halle Berry has been on Instagram for just a little over a year, but she’s already a pro at the ways of the social platform. This week, Berry used her account to debut her new relationship with UK-based musician and producer Alexander Grant, AKA Alex Da Kid.

“My balance,” Berry captioned the romantic black-and-white photo, which Grant also posted to his own account with the same caption.

Shortly after sharing the pics, the lovebirds were spotted walking arm in arm in London, People reports. According to E! News, they hit up The Curtain, a hotel, restaurant, live music venue, and members-only club.

Berry’s relationship with Grant is her first since her divorce from ex-husband Olivier Martinez was finalized in December 2016. (She and Martinez share son Maceo; she also has a daughter, Nahla, with ex Gabriel Aubry.) Sources told E! News that the actress and the producer have been seeing each other for a few months.

Grant is known as a music producer on some of the biggest top 40 hits in recent memory, including “Radioactive” by Imagine Dragons, Eminem and Rihanna’s “Love the Way You Lie,” and “Unsteady” by X Ambassadors. Before his music career took off, Grant was on a path toward playing professional English football (soccer). He fell in love with music production after a friend introduced him to music software.

During an interview with People’s Jess Cagle last month, Berry said she wanted to take a break from dating — but it looks like that break was short lived. “I’m just with my kids and I’m really taking time to think and reflect, and trying to figure out how to make different choices and just have a minute to be with myself,” she said at the time.

How did you find love after a major breakup? Tell us @BritandCo!

(Photo via by Chris Jackson/Getty)